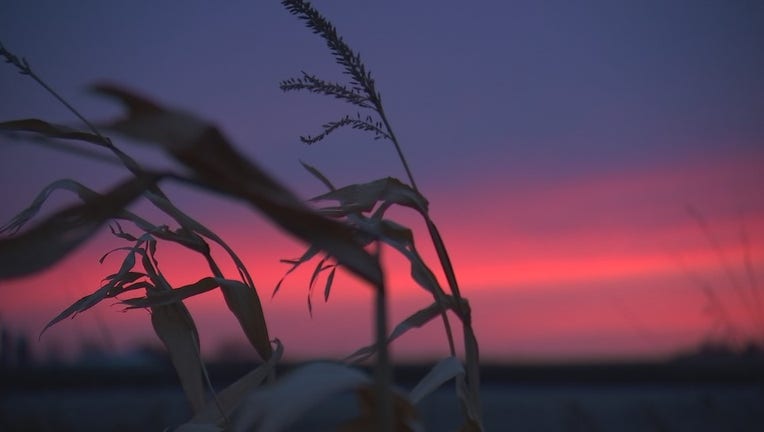 The sun sets on a Minnesota farm.

(FOX 9) - In the fading amber light of fall harvest, farmers always have that feeling, time is running out.

Jim Mackenthun spent October waiting for his fields to dry.

“This is the one thing I will definitely not miss,” he said.

This fall was his last harvest, as he walked away from farming his land.

“It’s bitter sweet you know,” Mackenthun said. “Now I am to the point that farming what I own, just doesn't seem worth it.”

His family has been working this land near Glencoe for 150 years, but warm nostalgia has been replaced by cold hard reality.

He’s the sixth generation and has been farming for 30 years, but estimates he probably only made money 3 or 4 years, enough that he could live off the farm earnings for a year.

Jim always worked off the farm, driving a semi.

When he ran the numbers, he realized he could make more money renting his land to someone else, than farming it himself.

He’s not alone; 56% of all the farm land in America is now rented.

“I think there is a life for a small farmer, but it is not sustainable to make a living,” he said. I think farming is going to be somewhat of a lifestyle, hobby, part-time job.”

In the last 30 years, Minnesota farm employment has dropped 40 percent, according to the USDA.

During that time the number of farm operations has shrunk 26 percent as the farms that remain, get bigger and bigger.

MONEY FROZEN IN THE GROUND

In the Red River Valley, sugar beet farmers like Mike Bienek simply ran out of time.

“I really believe this would have been my best sugar beet crop ever, but it got left in the ground,” said the farmer from Warren, Minnesota.

Fifteen inches of rain left the fields too wet to harvest, then came the killing frost and cold temperatures, freezing the crops in the ground.

Nearly 70 percent of the sugar beets in the Warren area were never harvested.

To make matters worse, sugar beet farmers owe money to American Crystal for not making their contract, $343 an acre.

“If you have $343 an acre to swallow, that your insurance doesn’t cover and you times it by too many acres that would be enough to break down some farmers and put them into bankruptcy I believe,” said Bienek.

And it is already happening.  The number of Chapter 12 farm bankruptcies in Minnesota, has more than doubled in the last couple of years.

BRING HOME THE BACON, NO MORE

Jon and Darcy Roemhildt say they have been living on borrowed time.

However, they watched as the auction price went from $125 dollars a pig, down to $30.

“You feel like you let everyone down. Until you get to that point, it is not something you did, because we really did try to continue,” said Darcy.

Renting land to grow their own feed has become too expensive.