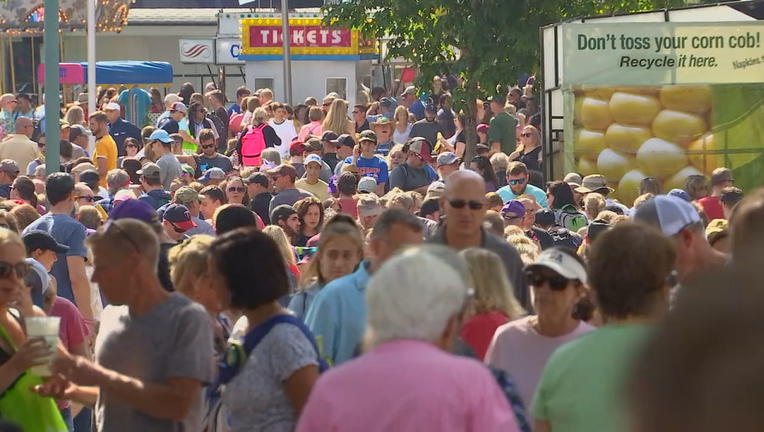 FALCON HEIGHTS, Minn. (FOX 9) - The Minnesota State Fair is assuring Minnesotans that is has not been canceled, despite posts circulating on social media reportedly suggesting otherwise.

“We have been made aware of the posts circulating throughout social media that are disseminating rumors and false information. The State Fair has not been canceled,” organizers said on social media Thursday.

Last week, the State Fair’s general manager, Jerry Hammer, said they do not have to decide yet whether or not to cancel this year’s Great Minnesota Get-Together over COVID-19 concerns. As of right now, the State Fair is still on track to start on Thursday, Aug. 27.

The general manager of the Minnesota State Fair says the Great Minnesota Get-Together is still on track to start on Aug. 27, despite the COVID-19 pandemic.

Hammer said this year’s State Fair will be all or nothing—they are not considering alternate dates, shortening the duration of the fair or reducing its scale.

The 2020 Minnesota State Fair is scheduled to run from Thursday, Aug. 27 through Labor Day.