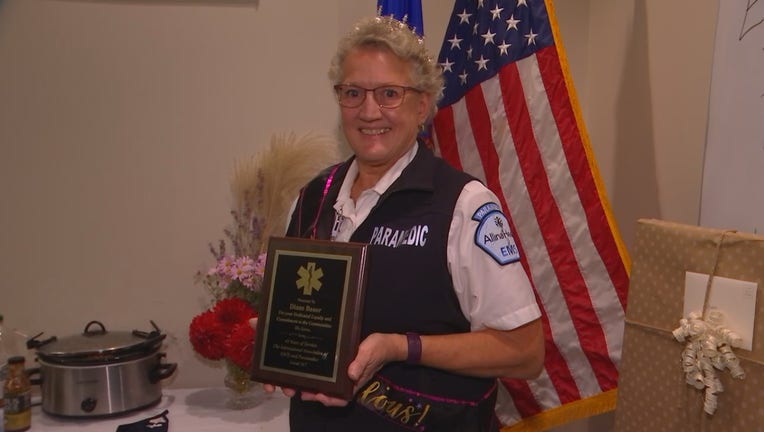 Diane, a paramedic of 43 years, is finally retiring.

(FOX 9) - A trailblazing paramedic from the Twin Cities metro is getting ready to call it a wrap after 43 years on the job.

Diane Bauer was one of the first full-time female paramedics in the state when she started back in 1978 at Smith Ambulance Services in St. Paul.

One of Minnesota's first female paramedics retires after 43 years

One of Minnesota's first female paramedics is retiring after 43 years.

During the course of her career, she's responded to countless calls, and she's also traveled on medical mission trips, too.

She admits it wasn't easy being one of the first women to hold the job title of paramedic, but she was determined to help those in need.

"It's nothing that I ever planned. I went to college for occupational therapy, couldn’t get a job, and a friend told me to be an EMT. It was nothing I ever planned, but I made a career out of it," she said. "My mother always told me I was a strong Polish woman and I could do anything, so here I am."

Diane’s career path also inspired the next generation, as her daughter became a nurse in the ICU.

As for retirement plans, Diane said she wants to hike every state park trail in the state of Wisconsin.