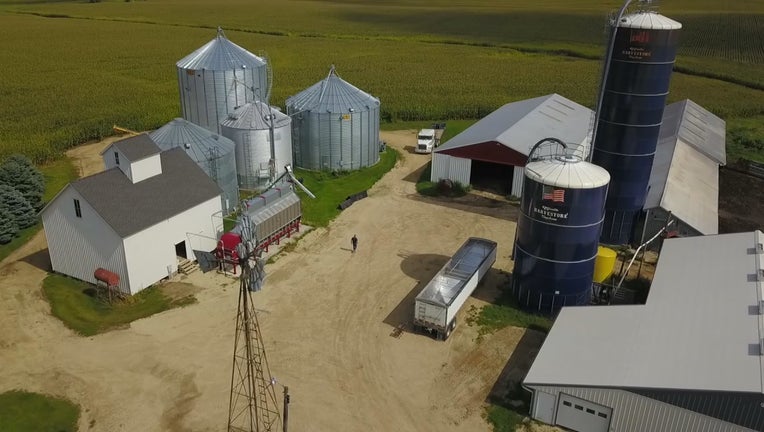 (FOX 9) - The running joke among Minnesota farmers is that they’re already pretty good at social distancing. But with Spring planting about three weeks away, even the most independent-minded farmers are genuinely worried.

“What happens when 30 to 40 percent of the farmers get it,” said John Waldorf, who grows corn, soybeans, and raises cattle on his small farm in Todd County near Lake Osakis.

One More Thing: &nbsp;Farmers worry about coronavirus ahead of Spring planting&nbsp;

The running joke among Minnesota farmers is that they’re already pretty good at social distancing. But with Spring planting about three weeks away, even the most independent-minded farmers are genuinely worried.

“We can do better at self-quarantine because we’re in the country on the farm, but we still have exposure with the wife coming home,” said Waldorf.

Minnesota farmers have struggled after seven years of low commodity prices, the wettest year on record in 2019, and the lingering trade war with China. Most farmers were hoping 2020 was going to be the comeback year.

Then came the Coronavirus.

“It was a struggle anyway, but this coronavirus could make it a disaster,” said Waldorf.

Experts with the University of Minnesota’s Upper Midwest Agricultural Safety & Health Center (UMASH), are encouraging farmers to develop a backup plan if they are too sick to work, with a network of friends and relatives, and to monitor their supply chain for seed and fertilizer.

“Farmers are an independent resilient group, and they think they are an isolated group, but viruses can find them,” said Dr. Jeff Bender, Director of UMASH.

“In our rural communities, we need to look out for each other as well, and I think that’s a message that we need to get out,” said Dr. Bender.

On the Berg Dairy Farm near Pine Island in Southern Minnesota, they made a fake surgical mask for one of their cows.  It was a little gallows humor in the milking barn, but Mark Berg said he is taking social distancing seriously and is worried for his parents.

The average farmer in Minnesota is 58 years old.

“My husband and I are over 60 and that’s on my mind,” said Penny Berg.  “And I don’t think people are following procedures like they should.”

The health concerns come on top of worries the farm economy is not rebounding as expected.

After one of the most difficult harvests in recent memory, many farmers stored more of their soybeans and corn in grain bins, hoping prices would rebound.

But trade with China hasn’t bounced back as quickly as anticipated. Four out of 10 Minnesota soybeans have historically gone to China, where they are mostly used as feed for pigs.

Demand is down due to the Coronavirus and African Swine Flu, which decimated pork production in China. The supply chain has also been disrupted because people aren’t working in ports in the U.S. and China.

Right now, the price of soybeans is below the cost of production, said Bill Gordon, President of the Minnesota Soybean Growers Association.

“Say you have 50 bushels an acre, you are losing $50 an acre just to plant beans,” said Gordon.

Corn prices aren’t much better. Low oil prices have hurt ethanol production, which reduced demand for corn. The response from farmers to low commodity prices is usually to increase production, which can lower demand even further.

“Margins are tight, we’ve had lower prices for years, and then not getting the yields we needed, have really cut back on the cash flow,” said Gordon.

Banks also appear to be more cautious in giving operating loans to farmers, which they depend on to pay rent and buy supplies.

Steve Zenk is a farm advocate with the Minnesota Department of Agriculture, who helps farmers in financial crisis.  He said many are still in a dire financial predicament.

“To say I deal with farms looking at bankruptcy weekly is a fair thing to say,” said Zenk.  “We’re not out the woods, yet.”