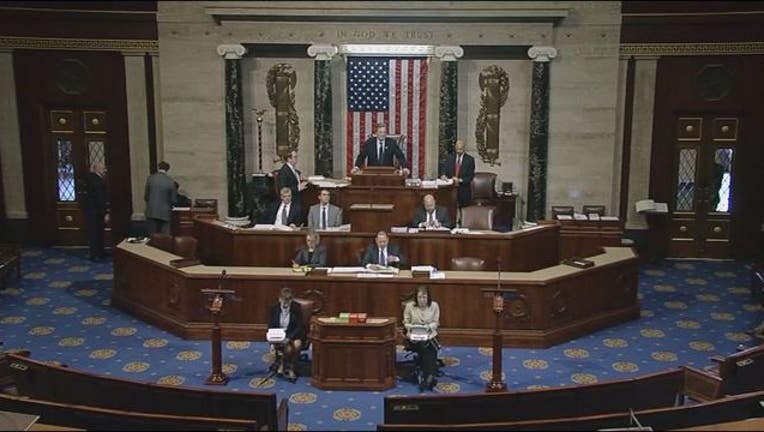 WASHINGTON, D.C. (FOX 9) - The House of Representatives has passed an amendment penned by Rep. Ilhan Omar that would increase the standards by which other countries can add people to the terrorist watch list.

The amendment to the Intelligence Authorization Act was adopted Tuesday night on the House floor.

According to her office, the bill, which is bound for the Republican-controlled Senate, would make the Trump administration disclose details about how it shares its watch list with other countries.

According to her office, the Terrorist Screening Database is shared with foreign governments she says have “appalling human rights records,” like China and Saudi Arabia.

Additionally, Omar took issue with the low standard for adding people to the list, including people who have not been charged with a crime.

The list has been criticized before for its constitutionality, with some saying the list sometimes includes innocent Muslims who have no recourse for clearing their names.

"As members of Congress, we need [to] know which countries receive sensitive information about American citizens," said Rep. Omar. "Many of the Americans on this list have never been convicted of a crime and have not been able to remove their names from the list. It is unacceptable to share the database with foreign countries that have a record of violating human rights, like China and Saudi Arabia.”

Omar pointed to accusations that Uyghur-Americans have been added to the list at China’s behest.

“While Washington is united in bipartisan outrage at the precursors to genocide taking place in Xinjiang, our government lets the Chinese government target individuals from that same ethnic group in the name of fighting terrorism. This is a violation of fundamental principles of civil liberties and human rights,” she said in the release.

If passed in the Senate, the amendment will require the Director of National Intelligence and the Secretary of State to submit a report to Congress on the database within 180 days.