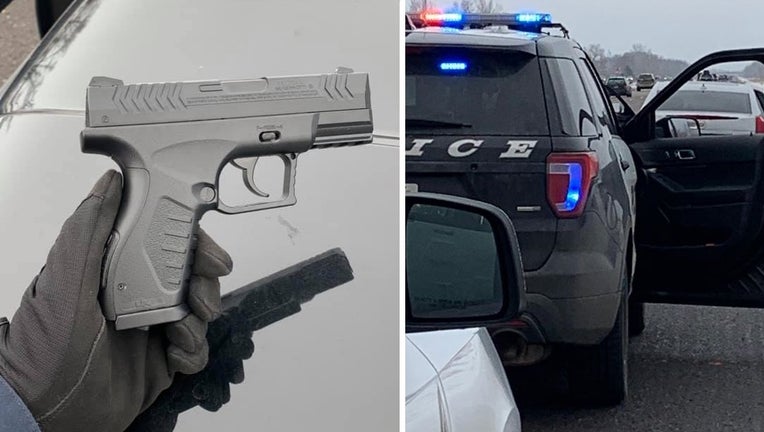 NORTH BRANCH, Minn. (FOX 9) - Police say they responded to I-35 in North Branch on Christmas Day after a man pulled out a weapon during a road rage incident that was later determined to be a pellet gun.

The police department says officers and deputies from the Chisago County Sheriff's Office were called for the report of a gun-pointing incident on the freeway.

At the scene, officers found the suspect vehicle and conducted what they call a "high-risk stop." In the vehicle, they located a pellet gun.

In the post, officers wrote: "It looks real and created some major traffic congestion."

"Please folks, if you get in a road rage incident on the freeway think things through before you act," officers added.