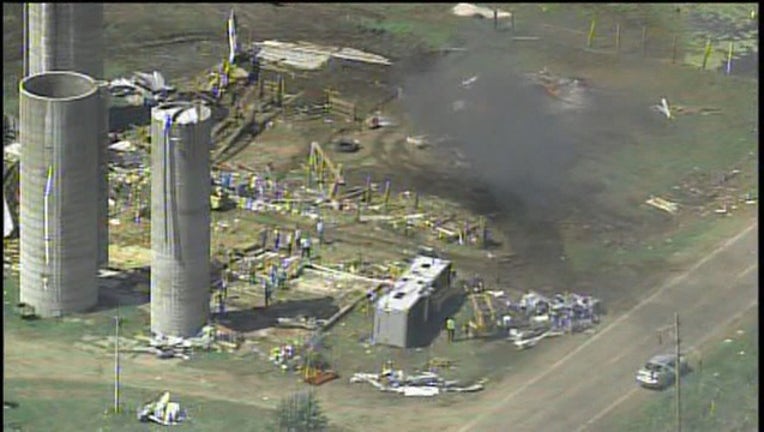 According to the damage survey, the first three tornadoes were in McLeod County, one was near Forest Lake, the fifth was in Luck, Wisconsin and the sixth was in Barron, Wisconsin. This round of tornadoes comes about a week after straightline winds caused damage throughout western Wisconsin. The Polk County Sheriff says about 350 homes have been damaged over the last week.

The first tornado happened around 3:17 p.m. about three miles southwest of Biscay, Minnesota. Determined to be an EF-0, it stayed on the ground for four miles and was about 200 yards wide. The highest wind gusts were 85 miles per hour. The tornado flattened corn in the area and uprooted some trees.

The second tornado, also an EF-0, was very brief as it lasted for only a minute southeast of Silver Lake. It was on the ground for about three-tenths of a mile, with maximum wind speeds reaching 60 miles per hour.

However, several minutes later a stronger tornado touched down southeast of Silver Lake, becoming a quarter mile wide. The EF-1 tornado was on the ground for 2.6 miles. It tracked northeast across Highway 7, causing damage to corn, trees and a few outbuildings. The wind speeds reached 105 miles per hour.

At 4:26 p.m., the fourth tornado appeared, starting on the southwest side of Sylvan Lake in Forest Lake. It moved through a lake and ended just south of Spider Lake in Scandia. The EF-1 tornado was on the ground for 6.6 miles and was about a quarter mile wide. The tornado left a trail of tree damage along the way.

The fifth tornado, an EF-1, touched down about five miles east of Balsam Lake, went across Bone Lake, Wisconsin and ended outside of Luck, Wisconsin. The tornado's path was about five miles long with maximum wind speeds of 90 miles per hour.

The sixth tornado happened at 6:41 p.m. about six miles southeast of Barron, Wisconsin. The EF-0 tornado moved northeast for less than a half mile. It reached wind speeds of 74 miles per hour, damaging an outbuilding, corn crops and trees.

More tornadoes may be identified as the survey crews analyze more damage.