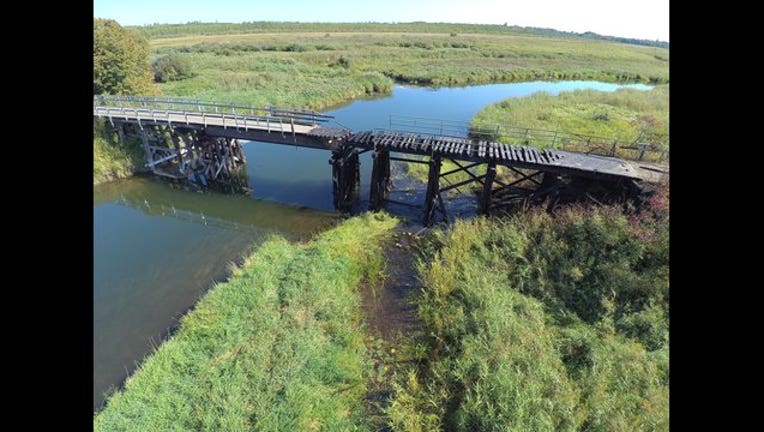 Cass County Sheriff Tom Burch says deputies and firefighters responded to a report of a fire at 1:01 a.m. in the City of Federal Dam. When authorities arrived, they found the Soo Line bridge on fire where it crosses the Leech Lake River.

The Soo Line is a popular trail for hikers, ATVs and more.

The fire is under investigation by the State of Minnesota Fire Marshal Office.