Police in Peru uploaded a video on social media showing officers dressed as Santa and an elf busting down the door of an alleged criminal with a hammer before arresting him.

CHARLOTTE, N.C. - During a search warrant executed in North Carolina last week, officers confiscated drugs and a Glock model 19 pistol that was disguised as a toy Nerf gun.

The Catawba County Sheriff’s Office posted a photo on Facebook of the gun, which was painted blue and orange. The colors are similar to most Nerf toy guns, which are known for shooting small foam dart bullets. 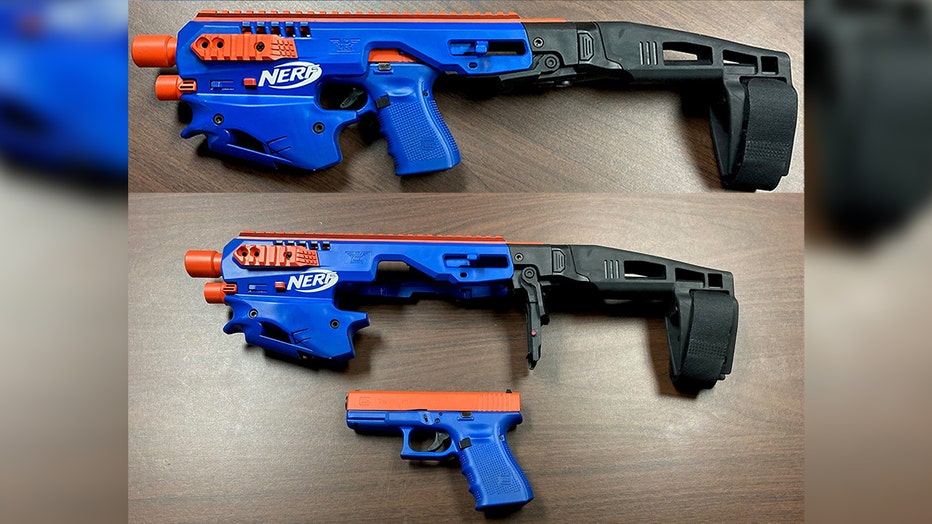 The altered pistol had a fifty-round drum magazine.

"Firearms of this type, while not illegal to possess, are concerning to law enforcement," police wrote on Facebook. "Firearms, in general, are commonly seized in conjunction with searches were (sic) felony amounts of narcotics are present."

During the raid, police also confiscated approximately $2,300 in U.S. currency and large quantities of cocaine, psilocybin mushrooms and marijuana.

Burch was issued a $20,000 unsecured bond and made his first court appearance on March, 18.