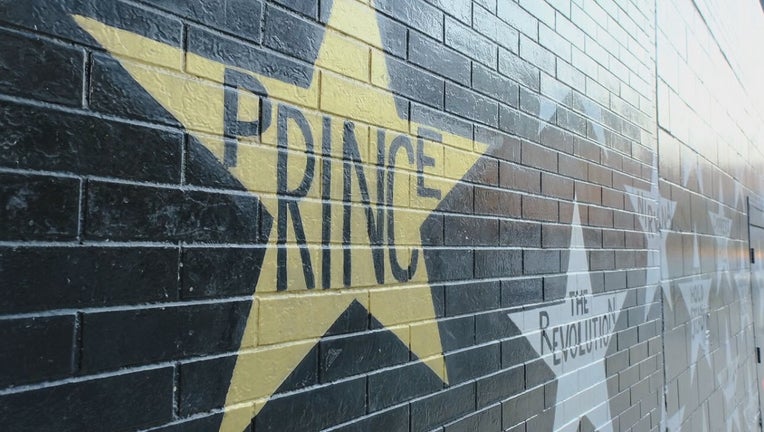 The star honoring Prince at First Avenue in Minneapolis. (FOX 9)

MINNEAPOLIS (FOX 9) - For many Prince fans, First Avenue is where The Purple One and other local artists found their voice. Now, a Minneapolis black newspaper owner wants to help immortalize the city's signature sound.

"It's an R&B pop kind of jazzy sound that encompasses so many influences," said Jae Bryson.

Jae Bryson started a Kickstarter campaign to raise $100,000 to create a website devoted to the Minneapolis Sound. Bryson says he came up with the idea on the fifth anniversary of Prince's death as a way to shine a positive light on Minneapolis after the death of George Floyd and the unrest that followed.

"Particularly, in these times when we have so much negativity going in Minneapolis this is a way to remember that music really made us," he said.

Bryson says the Minneapolis Sound project will be an interactive calendar where people can share their photos, videos and recollections from each of the 13,888 days between the release of Prince's first album and the day he died.

The site would feature everything from pictures of tickets to a concert to stories of being an extra in one of his music videos, like our own FOX 9 anchor Randy Meier was in "My Name is Prince."

"I've got a thousand stories and I'm not even from here," said Bryson. "There are people who grew up with him. this is an amazing time for us because we still have those stories and I don't want them to be lost."

Bryson says the website will also celebrate other artists who contributed to the Minneapolis Sound like The Time, The Revolution and Sheila E., in hopes of keeping it alive for future generations. "To me, this is something that is a testament to the power and glory of the Minneapolis Sound. It has made a lot of people happy millions of people across the globe and I think this is the least we can do as a city as an area to give back."