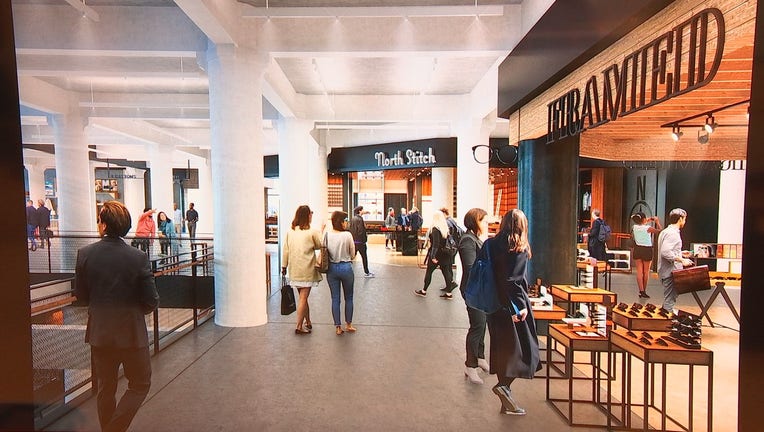 MINNEAPOLIS (FOX 9) - The old Dayton’s building in downtown Minneapolis is getting new life after Macy’s vacated the building a year and a half ago.

Currently, developers are working to transform the Minneapolis landmark and they gave the public a sneak peek of how construction is going so far Tuesday.

The old Dayton’s building in downtown Minneapolis is getting new life after Macy’s vacated the building a year and a half ago.

Telos Development Group pulled back the curtain on their project, including what it feels is the heart and soul of the project: A skyway level that connects the Dayton’s Project to the rest of downtown. 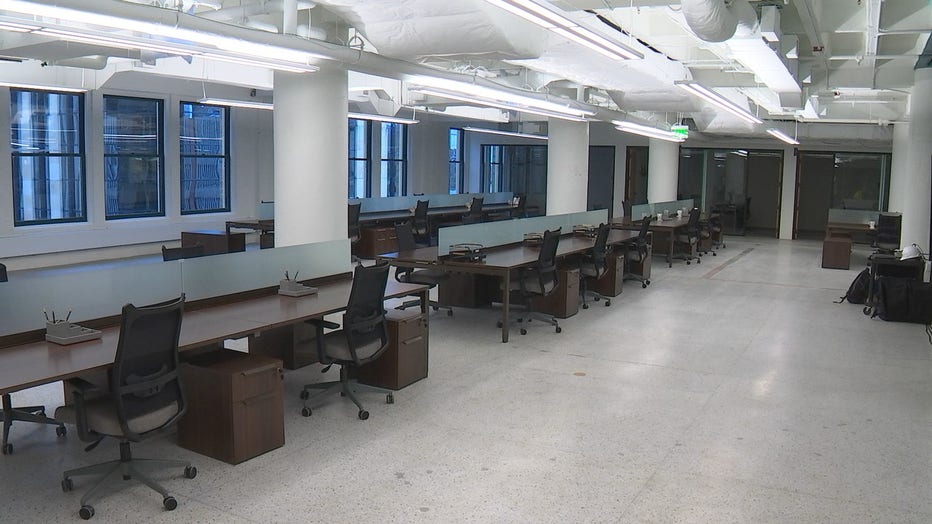 The Dayton's Project construction is underway in downtown Minneapolis. The developers showcased their progress so far Tuesday.

In a few months, the construction will bring to life renderings of a retail and office hub that collides restaurant and entertainment space against work space.

On the first floor, where retailers Dayton’s and Macy’s once sold high fashion, a new food hall will replace them. Above it, the retail and entertainment spaces will be housed. 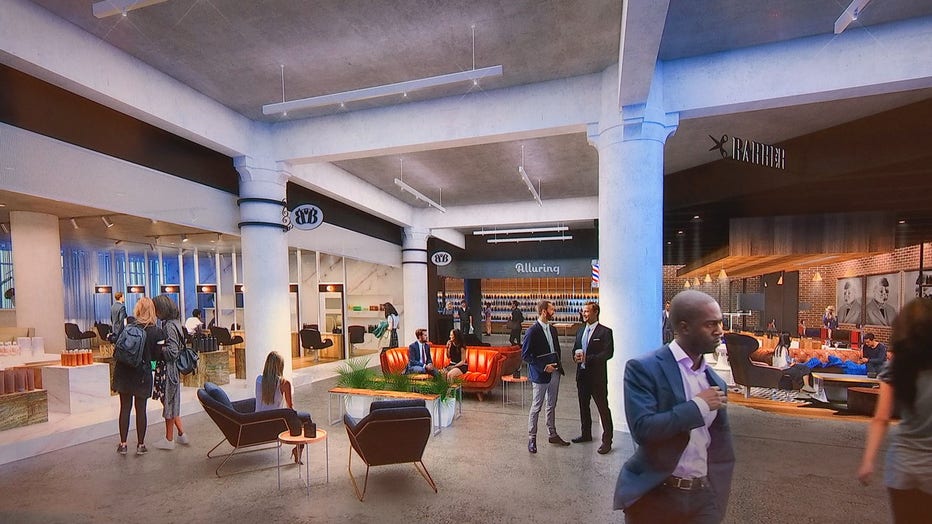 “People want to have a live-work environment where they can basically wake up, go to the gym and do their shopping, get a coffee, workout and do whatever it is they do and still work and live here from day to day,” said Mercedes Bash, of Telos. 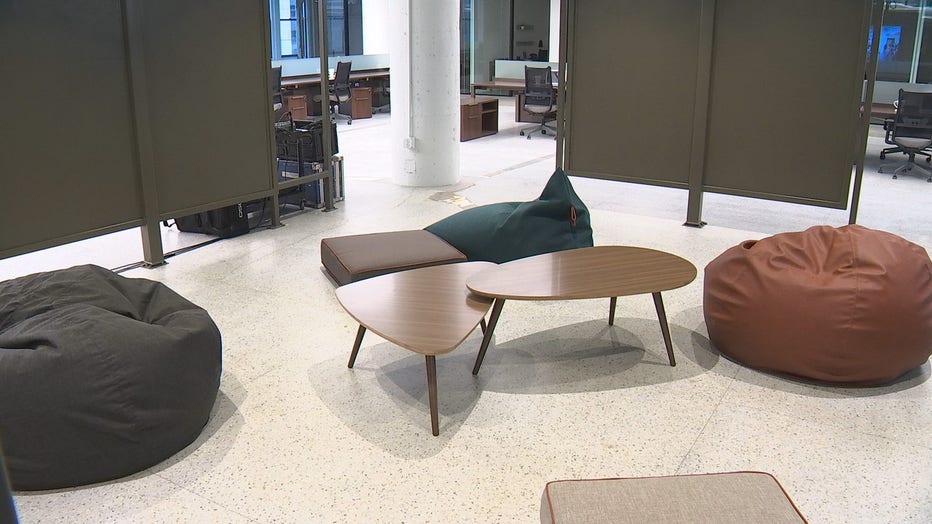 A workspace at the under-construction Dayton's Project building.

The majority of the Dayton’s Project is about business space as the developers are rebuilding the seventh floor with high-end amenities to attract high-end tenants.

The fitness center there features a boxing ring and a full range of cardio equipment and weights. At the other end, the winter lounge will provide access to a deck overlooking downtown. 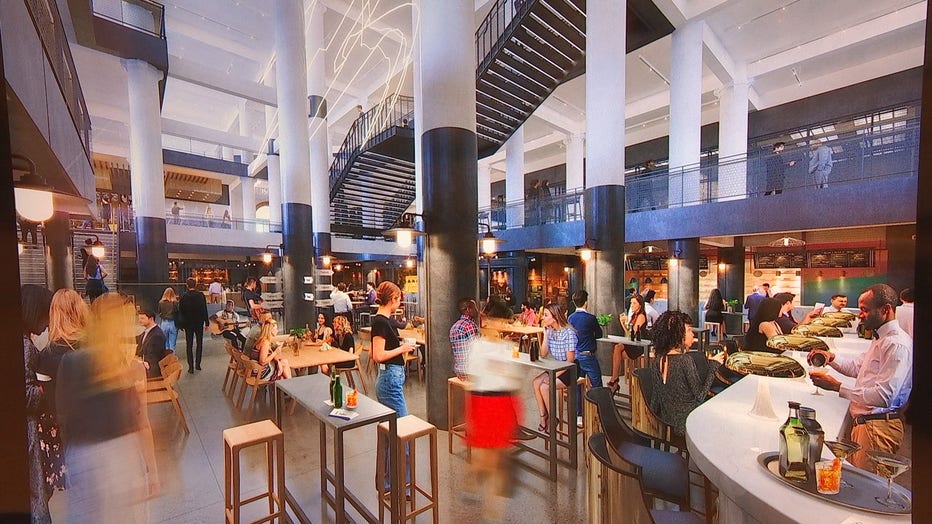 All of it is still under construction and all of it is part of the new vision for the old building.

The developers would not say how much of the new office space and restaurant spaces are sold and who might be moving in, but they are planning to open the food hall next spring. 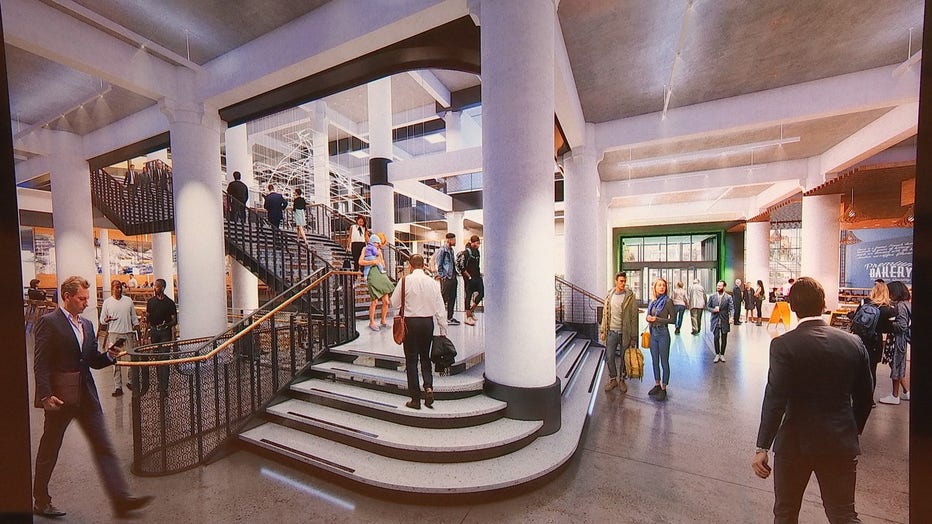 A rendering of a staircase at the Dayton's Project building downtown Minneapolis. (Datyon's Project)