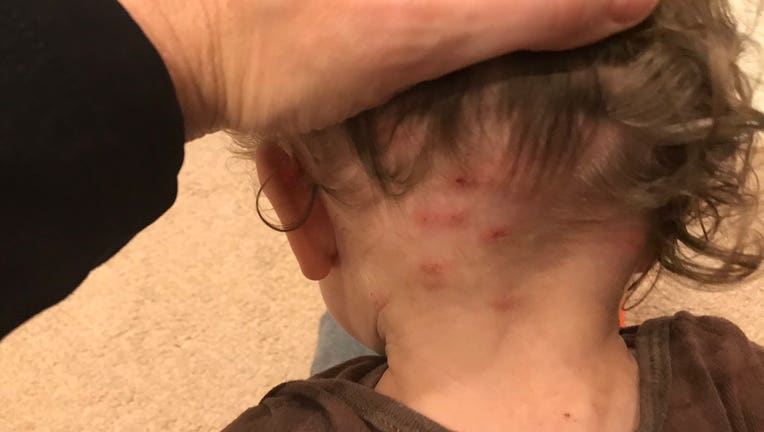 A new, aggressive species of gnats has been feasting on Minnesotans this spring and pest control experts say there's nothing they can do about it for now.

(FOX 9) - A new species of gnats is really bugging people in certain pockets of the Twin Cities area this spring.

The aggressive biters have free reign right now because the Metropolitan Mosquito Control District doesn’t have a permit from the DNR to treat this particular species yet.

A new species of gnats is really bugging people in certain pockets of the Twin Cities area this spring.

While Minnesotans are used to being feasted on by gnats, this spring is different.

“Certainly seems to be more aggressive than we’re used to with the gnats,” said John Walz, with the Metropolitan Mosquito Control District.

He says this new gnat species is emerging in at least a couple of confirmed areas, including the Minnehaha Creek and Hastings.

“We feel bad, but we can’t really do much about the ones flying now,” Walz said.

That’s because once the adult gnats are flying, it’s too late.

Currently, MMCD is conducting surveillance on rivers and streams to find out where in the seven-county district the gnats are laying eggs. It’s still too early, however, for experts to know where this particular species came from and whether it’s a one generation pets, meaning the biting will subside in two to three weeks.

That’s the hope at least.

“They tend to hang high in trees and they look for something down below blobby to come down and attack and feed on so they can lay their eggs,” Walz said.

The species is so new that the current permits don’t cover treating them yet until more is learned, which is likely next spring.

“We think it’s taking over another species we do treat for,” Walz said. “It’s taking up the space in the river from them for whatever reason. We don’t have all the answers.”

So as the itching continues and more people are home during the daytime when these buggers are out, Walz says he understands the annoyance.

“There’s no risk of disease being transferred via gnats,” Walz said. “Kids, if they get bitten enough, they can get a fever.”

MMCD experts point out unfortunately, most DEET doesn’t work on any of the approximately two dozen or so species of gnats out there, with the exception of the extra strength stuff you should only apply to clothes.

The best defense is wearing light-colored clothes and staying away from scents in your shampoo, conditions and body lotion. For whatever reason, the gnats are attracted to some body and chemical makeups and not others.