The Minnesota National Guard performed another round of flyovers to honor health care workers on Wednesday, May 13, this time in locations across greater Minnesota as well as in the Twin Cities. One flyover took place over M Health Fairview Ridges in Burnsville.

(FOX 9) - Another round of Minnesota National Guard flyovers to honor essential workers amid the COVID-19 pandemic took place Wednesday throughout greater Minnesota and even parts of northern Wisconsin and the Upper Peninsula of Michigan.

The aircraft involved in the flyovers included combinations of F-16 Fighting Falcon and C-130 Hercules aircraft from the Minnesota National Guard’s 148th Fighter Wing out of Duluth, and the 133rd Airlift Wing out of Fort Snelling in Saint Paul, as well as from the Air Force Reserve’s 934th Airlift Wing.

The Minnesota National Guard honored health care workers on the front lines of the COVID-19 pandemic with another round of flyovers Wednesday, May 13. This one took place over M Health Fairview Southdale Hospital in Edina. Video credit: Edina Police Department

"We chose several hospitals as flyover points, but it is truly only a symbolic gesture, as the intent isn't to honor only those facilities, but all the essential workers statewide," said Maj. Gen. Jon Jensen, the Adjutant General of the Minnesota National Guard in a press release. "Whether you are a medical provider or a meat packing employee; a teacher or gas station attendant; an emergency responder or a garbage collector, your work and the care you provide have kept our state safe and functioning. Thank you for your service and your sacrifice."

The flyovers were incorporated into previously scheduled training missions. 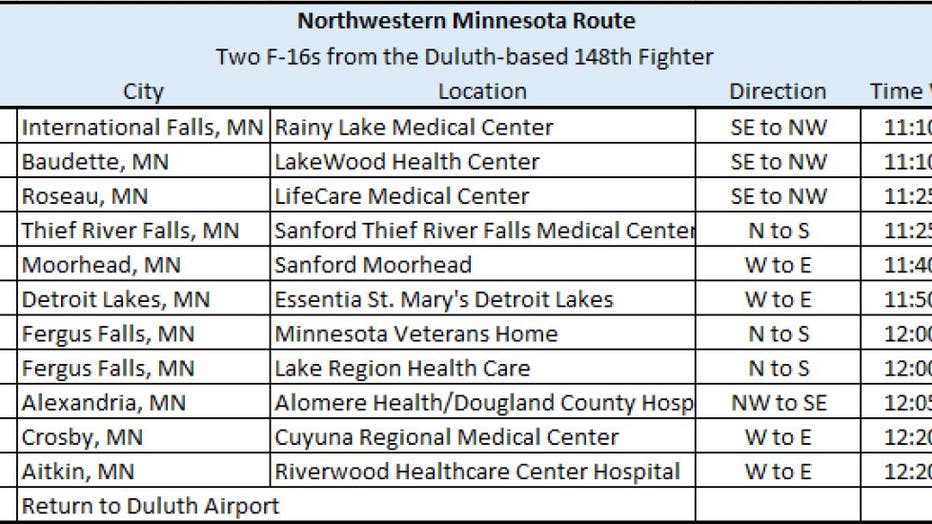 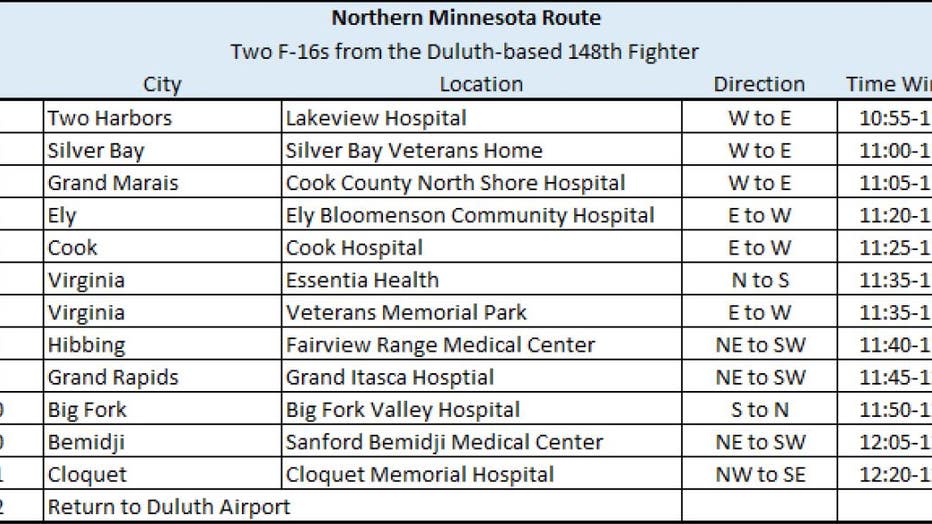 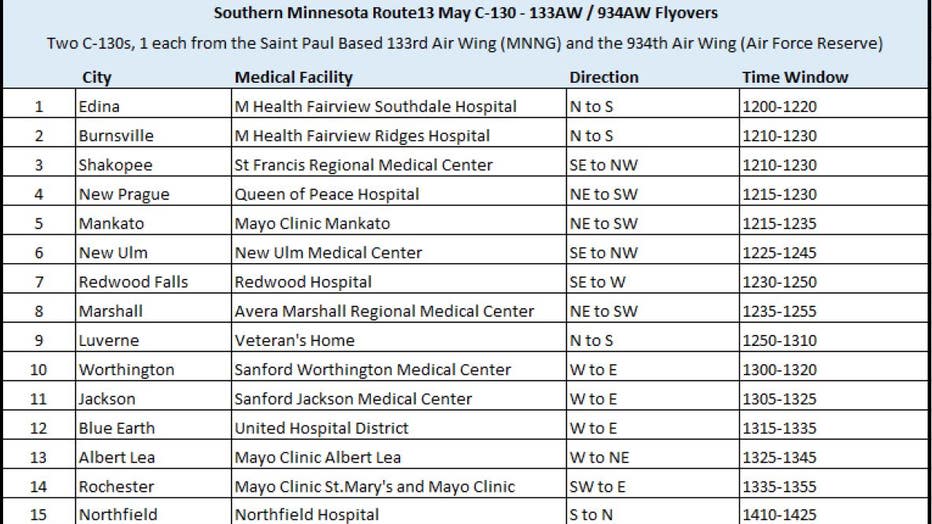 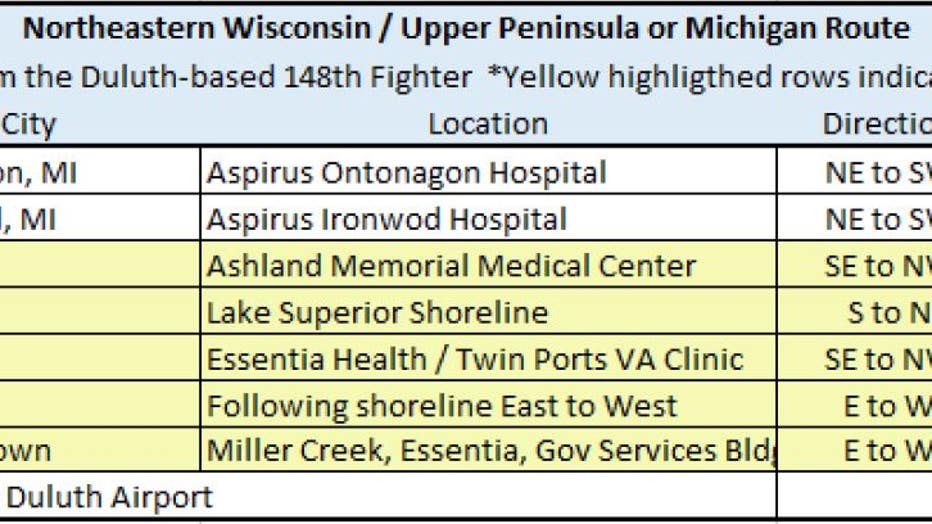 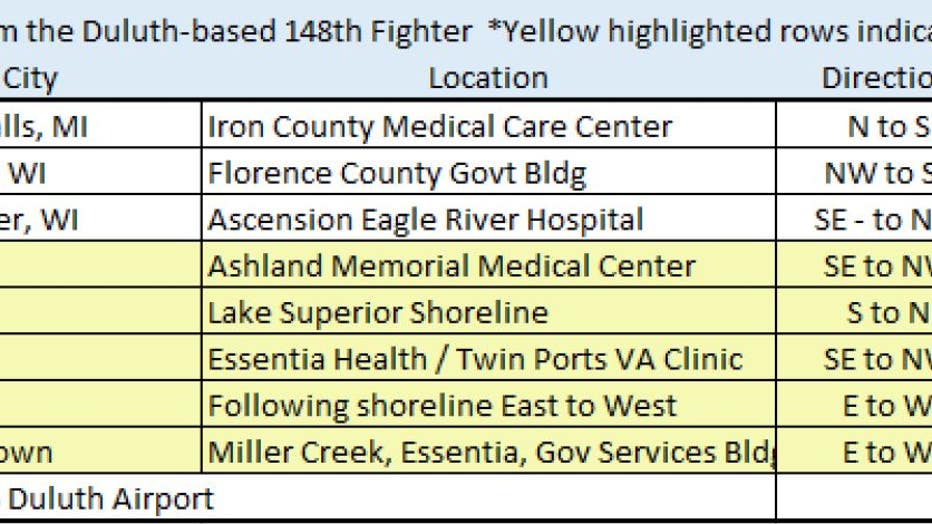 Another flyover route which will reach the Upper Peninsula and northern Wisconsin.