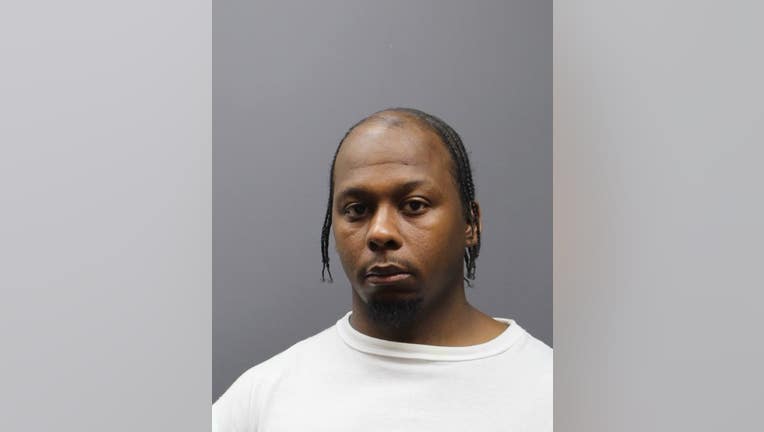 Almost two decades after being convicted of killing an 11-year-old girl, Myon Burrell has maintained his innocence. (FOX 9)

Hennepin County Attorney Mike Freeman announced the offer on Wednesday, one day before Thanksgiving and 18 years after the fatal shooting. Freeman said the offer was sent on Oct. 22 in a letter to Burrell’s latest attorney, Daniel Guerrero.

Freeman cited adolescent brain development as a key factor in offering the sentence reduction. Myon Burrell was 16 at the time of the shooting.

“I have reviewed this case thoroughly and I have reached two conclusions,” Freeman said in a statement. “First, there is no question that Myon Burrell pulled the trigger that fired the fatal bullet. Second, we have learned much about the brain development of juveniles, especially juvenile males. The minimum sentence of 45 years Mr. Burrell is serving is too long. So, in the interest of justice, we have made the offer to his attorney to drop the 15-year sentence he was to serve for attempted murder after completing his 30-year sentence for Tyesha Edward’s terrible death.”

The death of Tyesha Edwards

Tyesha Edwards was killed when a bullet went through the side of her house and struck the 11-year-old as she was doing homework at the kitchen table. The Minneapolis police investigation of the shooting concluded Burrell fire a shot from across the street at a rival gang member, Timothy Oliver, who was near the house where Edwards was killed.

Myon Burrell was charged with the murder of Tyesha Edwards and attempted murder of Timothy Oliver under current U.S. Sen Amy Klobuchar, who was the Hennepin Couny Attorney at the time. Burrell was found guilty by a jury on both charges.

But in 2008, when Klobuchar was no longer the prosecutor, he was convicted a second time. Mr. Burrell waived his right to a jury trial and requested the case be heard by a judge, but was again found guilty on both counts.

Burrell took his case all the way to the Minnesota Supreme Court a second time. The court’s August 2009 opinion upheld the convictions, but sent Burrell’s case back to the lower court for resentencing. Burrell was sentenced to life in prison with the possibility of parole after 30 years for the murder of Tyesha Edwards and 15 years for the attempted murder of Timothy Oliver after the murder sentence was completed.

Burrell has now exhausted all of his appeals and only new evidence would allow for another appeal.

An Associated Press investigation in January found holes in the case against Burrell, including a lack of hard evidence or witnesses. The AP also interviewed a co-defendant, Ike Tyson, who said he, not Burrell, was the shooter.

In offering a 15-year sentence reduction to Burrell, Hennepin County Attorney Mike Freeman cited the 2012 U.S. Supreme Court opinion in Miller v Alabama that scientists now understand there are fundamental differences between a juvenile and an adult mind. In particular, the parts of the brain involved in behavior control do not fully develop until men reach their early 20s.

Freeman noted that Burrell was 16 at the time of the murder and was “acting in concert with older, more experienced gang members” -- two factors in the Supreme Court’s in Miller v Alabama decision.

"No, I didn’t know about this new evidence until I saw this (AP) report," Klobuchar told Chris Wallace on FOX News Sunday, on the eve of the caucuses. "I couldn’t have. I haven’t been in the office for 12 years."

Klobuchar struggled to gain support from black voters in her 2020 presidential campaign, and her standing took a hit when Minneapolis activists called on her to quit the race before Iowa amid the Myon Burrell controversy.

In March, Sen. Klobuchar sent a letter to the Hennepin County Attorney's Office, calling for an independent investigation and review of the Burrell case.

The Hennepin County Attorney’s Office countered by asking Klobuchar to request the U.S. Department of Justice undertake the review. Freeman wrote that "only the Department of Justice would have the resources to independently review a case that includes 30,000 pages of documents plus videotaped evidence."