In the weeks leading up to an off-duty St. Paul firefighter’s death, police had responded multiple times to his home, according to St. Paul police records.

ST. PAUL, Minn. (FOX 9) - In the weeks leading up to an off-duty St. Paul firefighter’s death, police had responded multiple times to his home, according to St. Paul police records.

Monday night, Thomas Harrigan, a six-year veteran at the St. Paul Fire Department, was shot at his east side St. Paul home. An ambulance brought him to Regions Hospital, where he later passed away.

Spokesmen for the St. Paul Police Department and St. Paul Fire Department say Harrigan’s living circumstances are unclear, but he did own and live at the home where he was shot.

Over the last month, the calls to his home ranged from an overdose, a need for crowd control, along with complaints over “ladies of the night and their customers coming and going from the address at all times of the day.”

Authorities told FOX 9 that Harrigan did not make the service and 911 calls. 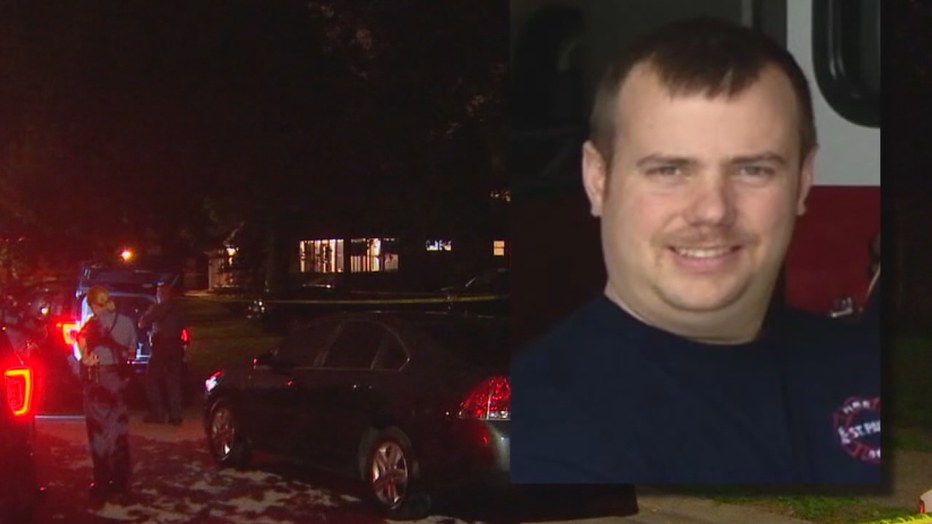 St. Paul Firefighter Thomas Harrigan died after being shot in his home in St. Paul on September 2, 2019.

On August 17, police were called to what the report describes as “a known drug house.” Five people were arrested for meth possession. Harrigan not among them.

In the days before the fatal shooting, five calls for service were made to the home, including investigating the problem property and its code enforcement.

On August 30, police responded to a disturbance call after a group of people refused to leave the home.

Just three days later, Harrigan, who was also a paramedic and Army veteran, lost his life. Police says he was shot in the abdomen by someone he knew.

The case marks the city’s 15th homicide of the year.

Arrests have not been made in Harrigan’s case yet. Anyone with information is asked to contact St. Paul police.