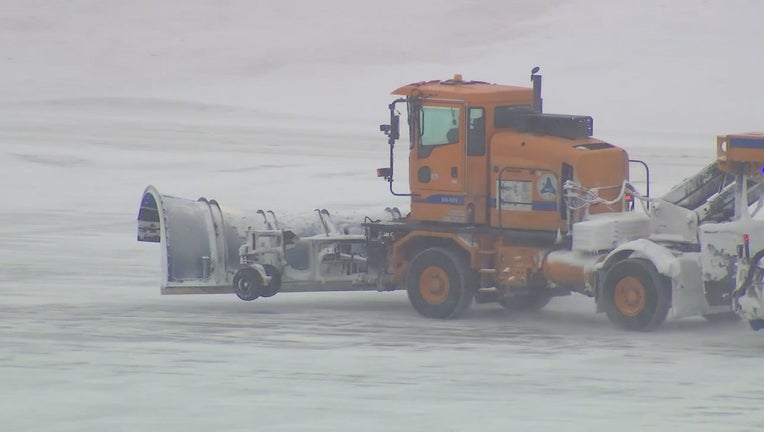 MINNEAPOLIS (FOX 9) - With a strike possible this week, a deal is on the table between a union representing snowplow crews at MSP Airport and the Metropolitan Airports Commission, the union says.

A strike was possible as early as Thursday without a deal on a new contract. In a press release over the weekend, representatives with Teamsters Local 320 said a tentative agreement is in place. Union members will still need to vote on the deal which the union expects to happen this week.

Members voted in December to authorize a strike as negotiations with the MAC stalled, as the union sought higher wages and equal severance with other MAC workers.

The workers with the union are the crews tasked with maintaining runways, clearing snow during the winter, and other repairs.