An investigation has concluded that not only did the Minneapolis Police Department not know how to effectively use a National Guard deployment in the wake of riots following George Floyd’s death – no action plan even existed.

(FOX 9) - Mayor Jacob Frey is nominating Barret Lane for another term as director of the Office of Emergency Management (OEM) despite scathing criticism of the city’s response to civil unrest after the murder of George Floyd.

A press release from Mayor Frey’s office announcing the nominations of Lane and Bryan Tyner as Fire Chief said, "Lane has established himself as a proactive leader dedicated to the safety of our city."

But an after-action report by the risk management firm Hillard Heintze released in March gave a brutal assessment of the city’s response to 10 days of looting, arson, and vandalism that cost $500 million in damages to 1,500 businesses.

Much of the report’s criticism fell on the Minneapolis police (MPD) and fire departments (MFD) and the failure to follow established rules and protocols for command and control in emergency response.

And while the report never mentions Lane by name it describes OEM as missing in action during much of the unrest.

OEM tried to establish a virtual Emergency Operations Center, but it "generally did not seem integrated with the MPD and MFD command," the report said.

"We identified clear opportunities for the OEM to engage and assist, such as the request for the Minnesota National Guard," the report continued.

The report said OEM, which is under the mayor’s supervision, was "not involved in facilitating that or any other partnership because of the MPD’s unconventional command approach to the crisis."

The report also suggests a dispute over masks during COVID played a role.

The incident command post was in a large classroom across the hall from the offices of OEM, "but the number of unmasked people in the room presented an unacceptable risk to the OEM staff, who opted to support the effort remotely as best they could," the report said. 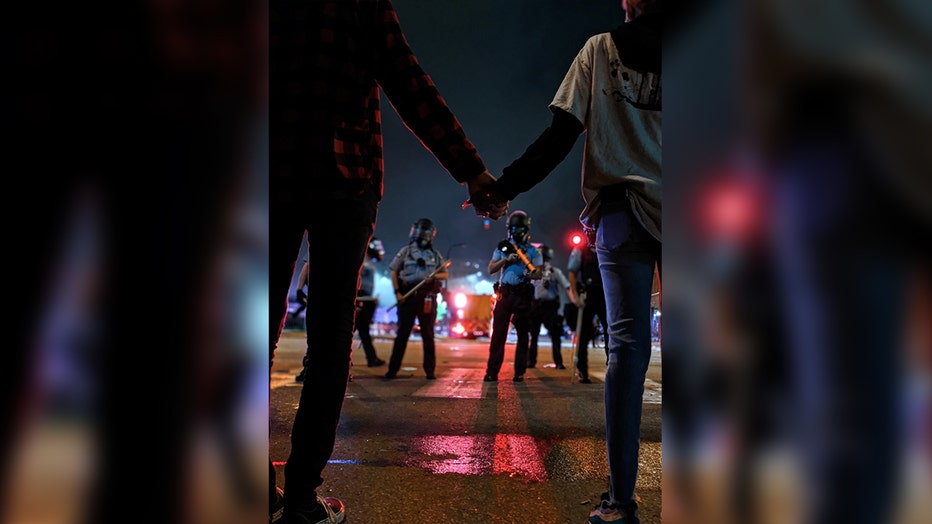 Mayor Jacob Frey is nominating Barret Lane for another term as director of the Office of Emergency Management (OEM) despite scathing criticism of the city’s response to civil unrest after the murder of George Floyd.

Comments in the report from city employees included, "OEM was absent, we hear nothing from (OEM Director)," said one city employee who was interviewed by the study’s authors.

"Makes me wonder what (OEM) do there?" said another anonymous employee.

Within City Hall Mayor Frey and OEM were viewed as "rudderless," and provided minimal direction, according to employees.

OEM had daily briefings for city personnel with the expectation they "report out," but the report found information sharing "was not reciprocal, and OEM provided no information to the meeting attendees."

The report also criticized Mayor Frey’s office for failing to consult with OEM in making a request for the Minnesota National Guard.

The report said, "the OEM could have assisted with a more detailed request and potentially minimized the delay in deployment."

Lane is a former Minneapolis City Councilman who left office in 2005 and began consulting work in emergency response and preparedness, according to his LinkedIn page.

In 2012, he was appointed as director of OEM by then Mayor R.T. Rybak.

In announcing Lane’s reappointment, Mayor Frey also nominated Bryan Tyner to continue as Chief of the Minneapolis Fire Department.  Tyner was not the fire chief in March 2020.

Under a new government structure, both would report to the Office of Community Safety, rather than directly to the mayor.

FOX 9 asked the Mayor’s Office why it would reappoint Lane given the city’s failed emergency response, and the criticism of OEM in the Hillard Heintze report.

In response, Mayor Frey’s spokesperson, Katie Lauer wrote, "Mr. Lane has been recognized for excellence in his field as the former President of the Association of Minnesota Emergency Managers. He is continuing to both strengthen and lead the City’s emergency preparedness and response planning."

Lane did not respond to a request for comment.

The coordination of a massive rescue operation during the bridge collapse, and coordination of multiple responding agencies, received praise from FEMA and national accolades.

It became a model for disaster response in other cities.

The City of Minneapolis has received millions in federal homeland security grants since the 35W bridge collapse.

FOX 9 has asked the city in March for an accounting of those federal grant dollars, but has yet to receive any information.

Both Minneapolis and St. Paul also received praise for handling of civil unrest during the Republican National Convention (RNC) in 2008.

The Hillard Heintze report cost the city $230,000 and was based on 2,400 documents, 90 interviews with city employees and some community leaders, and 30 hours of body-camera footage.