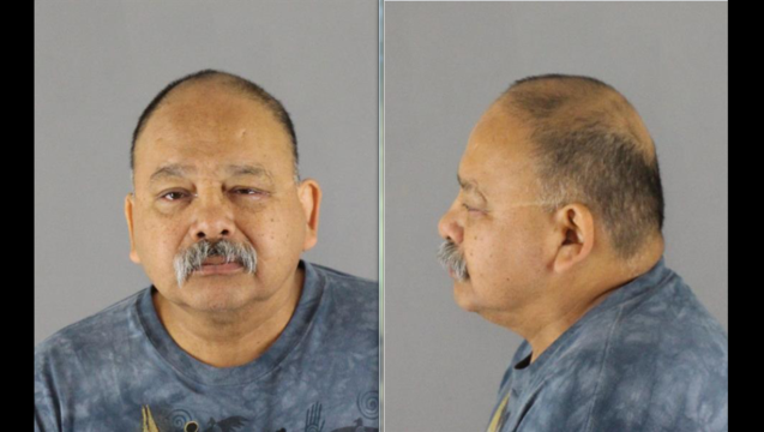 According to Bloomington Police Department, officers arrested David Edward Campbell, 59, on suspicion of third degree criminal sexual assault as he left a hotel around 6 p.m. on Sept. 8.

MPD sources told Fox 9 that the case involves sex with a minor, with a spokesperson from the department confirming Sunday that Campbell is a current employee who was put on administrative leave pending the results of an investigation.

According to Bloomington police, Campbell is being held on probable cause at the Bloomington jail and does not have a permanent address.

MPD sources say he was assigned to patrol before the incident took place.