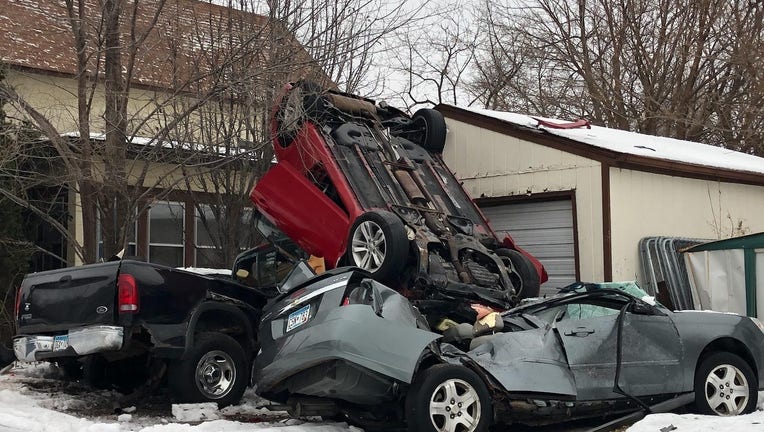 Around 8:30 a.m. police responded to the incident on the 4200 block of Oakland Ave South where a two-door Nissan has gone airborne, flipped, and landed on two parked vehicles.

Police believe the incident happened around 2:30, when the Nissan, travelling at a high rate of speed, hit ice and lost control, then went airborne and landed on the two vehicles parked in a driveway.

The occupant or occupants of the Nissan fled the scene.

Minneapolis Police are investigating the incident and asking anyone with information to contact CrimeStoppers at 1-800-222-8477.