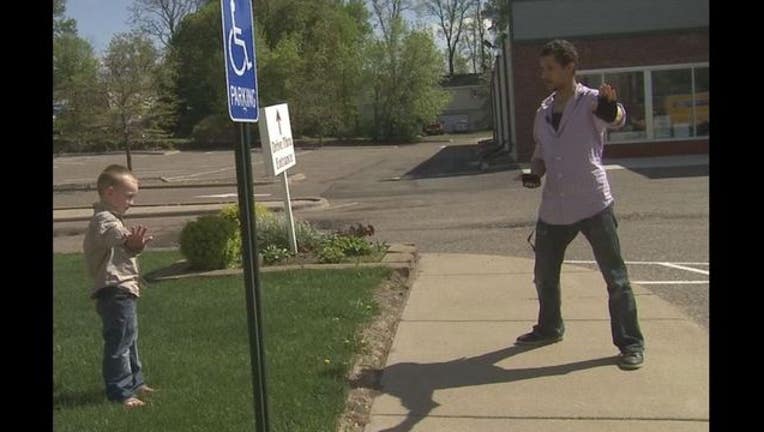 Tough times right now for everyone's favorite ninja. Despite an approval rating, the Mound ninja is in danger of extinction -- All because of a mask and a law most have never heard of.

It's hard not to giggle when you talk about the town ninja. Fun, different and maybe a little bit weird... The Mound ninja is the talk of the town.

"I think he makes Mound more fun," one resident said.

At a local dollar store, they're proud to be the official ninja retailer – "We try to make sure the ninja is well stocked," they said while laughing. "Secretly though."

But right as it seemed everyone was in on the joke, it all came to an end.

"I wouldn't say I'm public enemy number one," Mound Ninja Tayron Richards said. "I would say I'm getting there…"

"I feel targeted because I'm making a change in a community that doesn't want change," he said.

Richards says Orono police have repeatedly stopped him, and on Thursday they told him to expect a court summons in the mail.

"This is one of those cases and point... Don't judge a book by its cover," Richards said. "Open it up."

Around town just about everyone Fox 9 talked to thinks charging the ninja with a crime is a bit much.

"I think why take away a fun thing for a town like this?" one resident said.

For now, his ninja days are on hold -- "it's like taking the music out of someone who loves to play guitar."

But Richards vows, court date or not, the Mound ninja will soon return. The city of Mound and the police department both declined to comment on the charges.

The law itself is wide open to interpretation: A person is excused if the mask is for religious or entertainment purposes.

Concealing identity: A person whose identity is concealed by the person in a public place by means of a robe, mask, or other disguise, unless based on religious beliefs, or "incidental to amusement," entertainment, protection from weather, or medical treatment, is guilty of a misdemeanor.