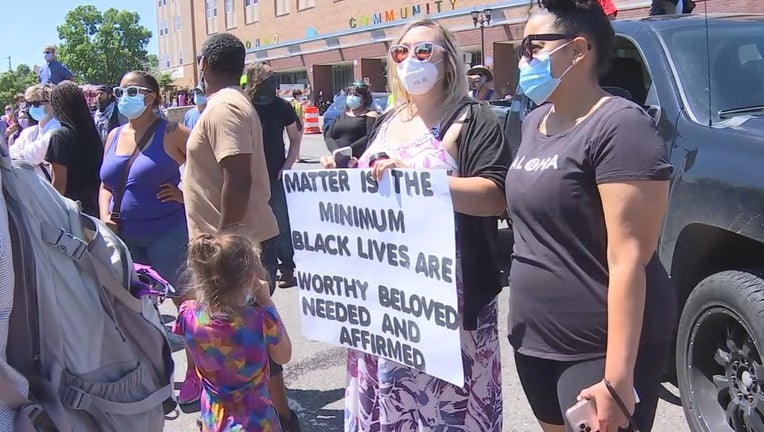 ST. PAUL, Minn. (FOX 9) - Mothers who lost loved ones in altercations with police took to the streets of St. Paul on Sunday to call for change.

The group marched along University Avenue to the Minnesota Capitol as part of a national march against police violence.

The mothers say they were motivated to act once again after seeing the death of George Floyd. In the video showing Floyd's last moments alive, as a Minneapolis police officer kneeled on his neck, Floyd could be heard calling out for his mother as he struggled to breathe.

Speaking Saturday, Dionne Smith-Downs, who lost her 16-year-old son in 2016 in an incident involving police, said she heard the call.

"When he [called for his mother], it hit the universe," said Smith-Downs. "It is time for all mothers to get our step back."

The march ended with a rally at the Capitol.