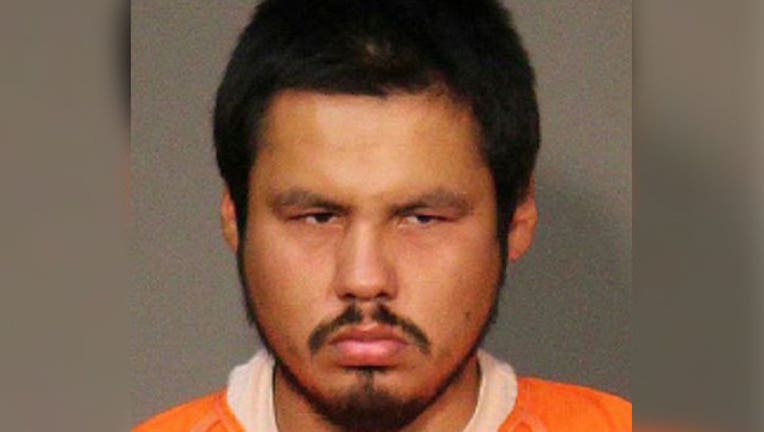 INGER, Minn. (FOX 9) - A man is accused of killing his girlfriend's 4-year-old son after police were called to a home in northern Minnesota this week.

The boy was found dead Tuesday after a 911 call at a home in Inger, Minn.

According to the criminal complaint obtained by FOX 21 in Duluth, the boy's uncle, who was in his room at the home, reported hearing the boy cry twice during the day and saw the boy near Jackson when he went to check on him.

Later on, the uncle reported hearing the boy's mother yelling at Jackson and asking what happened. The uncle came out of his room and found the boy on the ground and the mother attempting CPR. The mother then took the boy outside, called 911, and tried further CPR.

When officers arrived, they found the mother holding the boy. First responders attempted CPR, but the boy was pronounced dead. Investigators say they found bruising around the boy's eye.

In the complaint, the uncle said Jackson was acting weird and screaming. The uncle told investigators he believed Jackson may have been on drugs and had a history of addiction.

Officers found Jackson acting strange, sitting on a trampoline in a neighbor's yard. Officers reported that Jackson said, "He was screaming" as they brought him back toward the home.

Later, while speaking with investigators, Jackson said he was living at a treatment facility, but had been staying at his girlfriend's home in recent days.

According to the complaint, the boy's mother admitted to using methamphetamine with Jackson the night before and slept most of the day. She reported that Jackson got in bed with her around 4 p.m. and was crying. That's when she got up and found her son upstairs on a couch and wrapped in blankets. The mother said she tried to revive him and called 911.

The medical examiner found bruising on the boy's neck, cuts to his nose, and hemorrhages in both his eyes.

Jackson is being held on bail and is set to return to court on Sept. 3. He faces 40 years in prison if convicted.