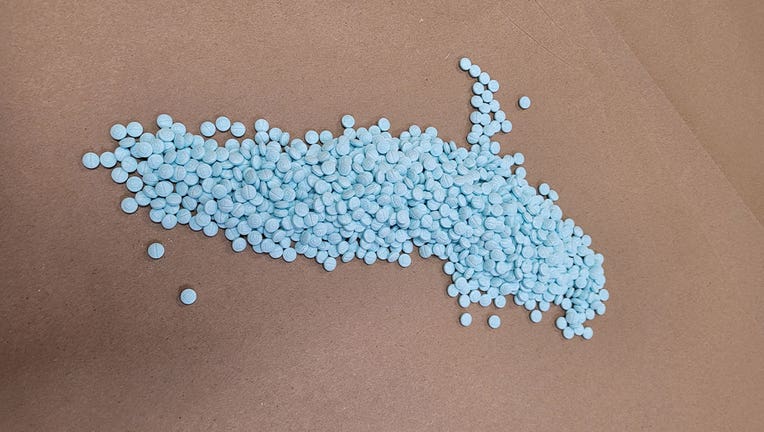 The pills were discovered during a search of a storage locker in rural Kasota. The locker was being rented by the suspect in another investigation in which deputies seized a number of fentanyl pills. That man is currently in custody and deputies say he will face charges for drug sales and possession.

Deputies say the seized drugs were "Mbox 30 Fentanyl pills" which are also known as "blues" that are made to look like 30mg prescription oxycodone pills.

Fentanyl is 50 times more potent than morphine and even a tiny amount can kill someone with no tolerance.