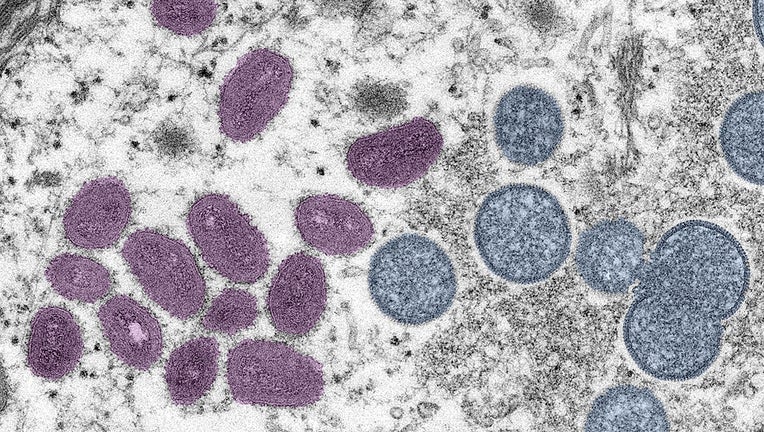 MINNEAPOLIS (FOX 9) - Two cases of monkeypox have been confirmed in Minnesota as of June 28, according to the Minnesota Department of Health.

State health officials reported the first case of monkeypox in a Twin Cities adult on Monday. MDH says the first patient was likely exposed to monkeypox while traveling abroad. They are receiving outpatient care, and MDH is conducting contact tracing with local health partners to identify anyone who may be at risk due to direct close contact with the person while they were infectious.

The condition of the person with the second case of monkeypox hasn't been released.

"While the threat of monkeypox generally remains low, it’s important that everyone be aware of this disease, so that those at risk can seek medical care and get tested promptly if they believe they have symptoms," Minnesota Health Commissioner Jan Malcolm said on Monday.

The CDC, as of June 24, has reported 201 cases of monkeypox/orthopoxvirus in 26 other U.S. states. More than 4,100 cases have been reported in 47 countries where the disease is not typically reported. Over the last month, MDH has been working with health care providers and community partners to promote awareness of monkeypox, including what symptoms to look for, how to test for it, and ways to help prevent transmission.

RELATED: What is monkeypox?

The illness typically lasts two to four weeks and most people get better on their own without treatment. However, sometimes monkeypox can cause scars from the sores, lead to pneumonia, and in rare cases even be fatal.

People who have monkeypox can spread the virus from the time symptoms start until the rash has fully healed and a fresh layer of skin has formed.

MDH says to prevent the spread of monkeypox, people should:

The need for a vaccine or antivirals is being evaluated on a case-by-case basis, in consultation with the CDC. The CDC doesn't recommend broader use of the vaccine at this time.