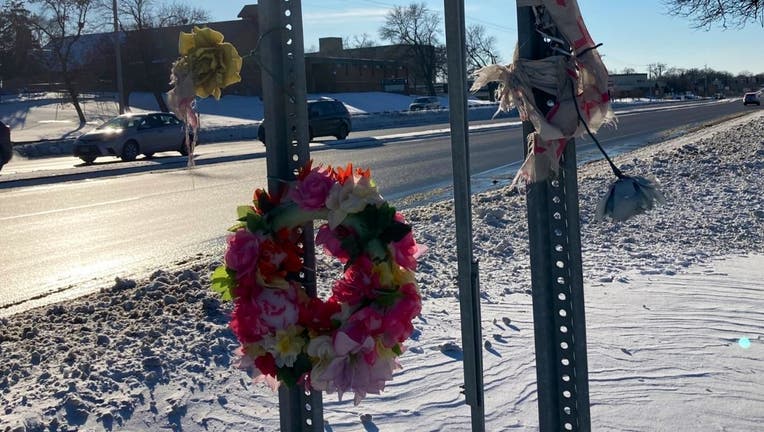 A small memorial sits along Highway 7 where 15-year-old Daunte Moore was hit and killed four years ago. He’s one of 11 people who have died on the highway since 2016. Now, MnDOT is conducting a traffic safety audit on the roadway. (FOX 9)

ST. LOUIS PARK, Minn. (FOX 9) - You can still find a small memorial at Highway 7 and Texas Avenue in St. Louis Park where 15-year-old Daunte Moore was hit and killed while crossing the intersection nearly four years ago.

His death put a spotlight on highway safety and this summer. The calls for improvements grew louder when another crash took the life of a 20-year-old motorcyclist 13 miles down the road in Shorewood.

"That corridor is used by most residents in my community weekly, if not daily, if not several times a day...they have to access at points that are inherently unsafe the way they are currently set up," said Shorewood Mayor Jennifer Labadie.

Labadie says residents in her city and beyond have expressed their fears about near misses for years.

A small memorial sits along Highway 7 where 15-year-old Daunte Moore was hit and killed four years ago. He’s one of 11 people who have died on the highway since 2016. Now, MnDOT is conducting a traffic safety audit on the roadway.

Those concerns prompted the Minnesota Department of Transportation to launch a road safety audit, taking a close look at what short-term and long-term safety measures are needed from St. Louis Park to Hollywood Township in Carver County.

"There's just a lot of access points and a lot of those access points are kind of risk areas for people to make poor decisions and get themselves into a crash," said MnDOT Traffic Safety Engineer Derek Leuer.

Part of the audit will be reviewing the sites of 11 fatal crashes that happened on the stretch from 2016 to 2021. They'll also take into consideration comments left on an interactive map where people can mark the specific areas where they have issues.

"I implore everyone who uses Highway 7 and has ever felt unsafe to go to the MnDOT interactive map and log your comments," said Labadie.

"We will compile all of this data from the public, all of this crash data, traffic data, all of these recommendations," said Leuer. From there, MnDOT will make safety recommendations, which could include everything from additional lighting, rumble strips, crosswalks, roundabouts, or new turn lanes.

The public comment period on the project will be open until Monday.

MnDOT's final report should be complete sometime this spring.