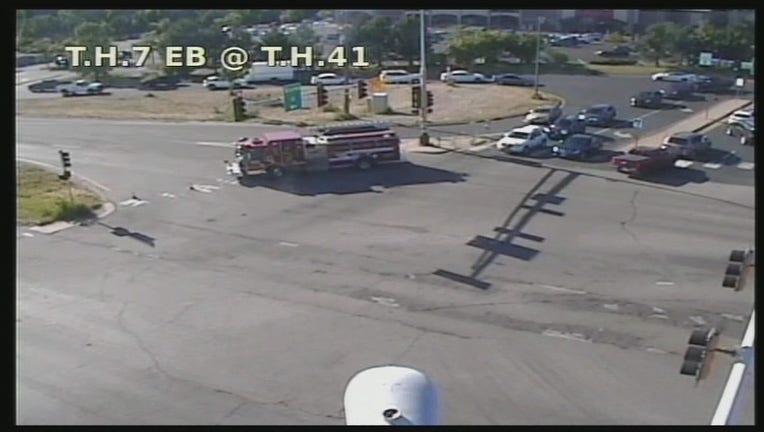 SHOREWOOD, Minn. (FOX 9) - A 20-year-old motorcyclist died in a crash with another vehicle on Highway 7 in Shorewood, Minnesota Tuesday night.

The crash occurred shortly after 6 p.m. on Hwy 7 near the intersection of Eureka Road. According to the Minnesota State Patrol, a motorcycle was traveling west on Hwy 7 when it collided with an SUV that was turning left from Eureka Road onto the highway.