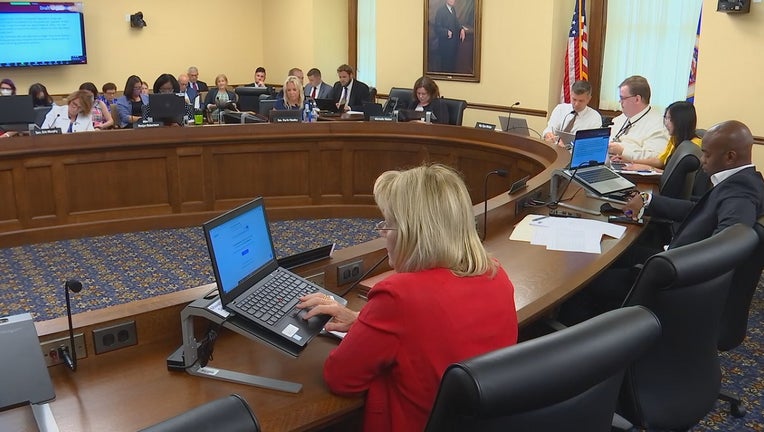 Lawmakers will have to reach an agreement on how to split up the $250 million in funding. (FOX 9)

The group is already six weeks past its deadline for providing a final recommendation.

Minnesota lawmakers tasked with dividing $250 million in COVID-19 pandemic pay to frontline workers has failed to agree on how to acknowledge they've failed.

The only vote came when Republican co-chair Karin Housley moved to send both the GOP and DFL proposals to the full Legislature, an eject button that state law allowed only if the panel failed to strike a deal. But the vote on Housley's motion failed.

"I just think we have to move," said Housley, R-Stillwater. "We’ve been stuck here for a month. It’s time for us to move on, get this to the Legislature."

Democrats on the panel said declaring a stalemate and waiting until the 2022 regular session to try again amounted to "throwing in the towel."

"If our working group can’t reach agreement on this proposal here amongst us, it won’t happen," said House Majority Leader Ryan Winkler, the panel's co-chair. "That’s just a fact of life."

Even if lawmakers struck an immediate deal, no checks would hit workers' bank accounts until 2022. Minnesota Labor Commissioner Roslyn Robertson said it would take 3 months between an agreement and sending payments to workers.

"That's being as optimistic as possible," she warned.

The Republican proposal would send $1,200 checks to a smaller group of health care workers, first responders and corrections officers. The Democrats' plan would send smaller checks to hundreds of thousands of additional workers.