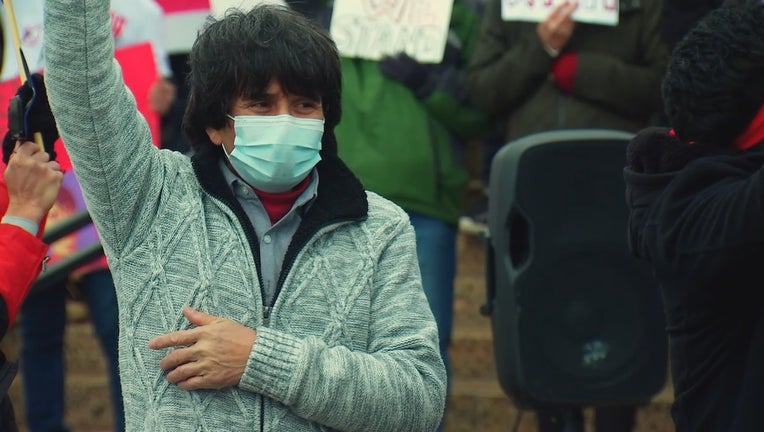 ST. PAUL, Minn. (FOX 9) - A crowd gathered at the Minnesota State Capitol to send a clear message to the capitol of Myanmar on Sunday.

"Protesting against a military coup," protester Thein Myint explained. "We are supporting those people from the outside of the country as much as we could."

Protesters rally at Minnesota capitol to oppose coup in Myanmar

A crowd gathered at the Minnesota State Capitol to send a clear message to the capitol of Myanmar on Sunday.

On Feb. 1, Myanmar’s military seized power from the democracy of the southeast Asian country, after alleging voter fraud in its November 2020 election.

"It’s a military general that’s taking over the power by force from the party that won election," Myint said. "People of Burma are fighting for democracy, freedom and justice."

Protesters there are fighting for an end to military dictatorship, but the military has cracked down.

"A lot of my friends are dead," Zaw Htut said.

Myanmar’s leader Aung San Suu Kyi has also been detained, along with several senior government officials. Protesters are demanding the release of their leaders.

"I am really excited and super happy and thankful for every each and every soul out here fighting for us," Po Eh added. "Justice is for equality for everybody so everybody on the same page. We don’t want no violation; everybody deserves equal, same treatment."

Sunday’s protesters hope their display will grab the attention of United States lawmakers, to put pressure on officials in Myanmar.