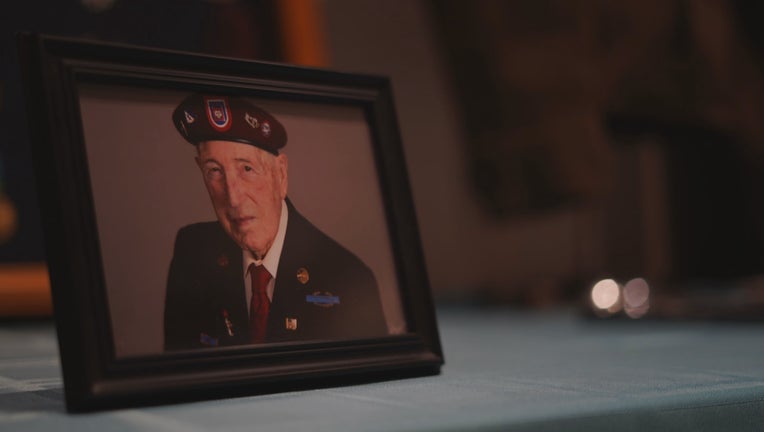 John Hinchliff was laid to rest on Saturday. (FOX 9)

(FOX 9) - An American hero was being remembered and honored during a funeral service on Saturday in Minnesota, after his fight with COVID-19.

John Hinchliff was one of those decorated soldiers you read about in the history books -- one of the men who more than 75 years ago helped save the world as we know it.

Minnesota WWII hero remembered at funeral after battle with COVID-19

An American hero was being remembered and honored during a funeral service on Saturday in Minnesota, after his fight with COVID-19.

Saturday, in a flag-draped casket, surrounded by friends and family, he was laid to rest.

"Of the 2,004 men of the regiment that jumped that day, today we laid to rest the last," said grandson Pat Ostergren. 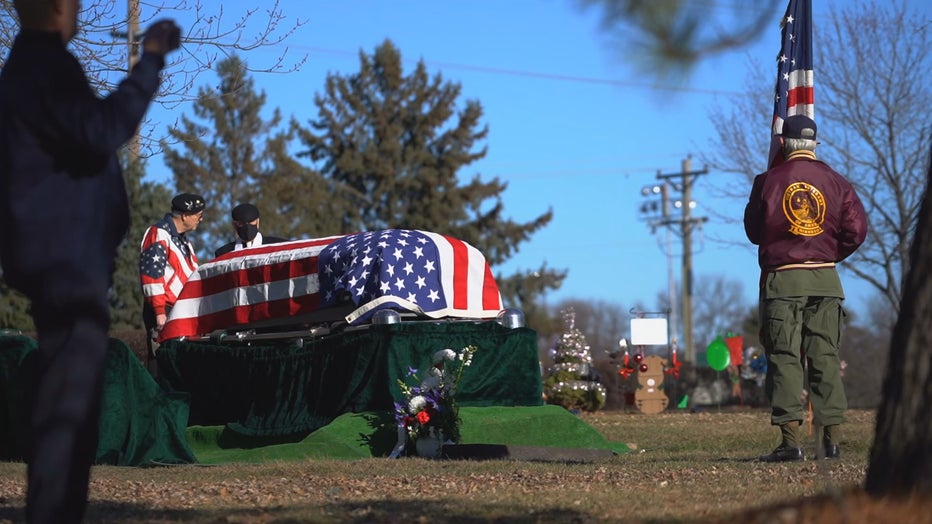 John Hinchliff grew up in Park Rapids and became a paratrooper in the 507th Parachute Infantry Regiment. They were among 13,000 airborne troops who dropped into occupied France for D-Day.

"He fought for 36 days in Normandy, some of the most vicious fighting of the war," said Ostergren.

He later fought in the Battle of the Bulge, then dropped into Germany in the daylight, right on top of German forces as we crossed the Rhine.

"And then he fought in that battle and later house-to-house, flushing out the last of the SS and the hardened Germans and liberated Europe," explained Ostergren. 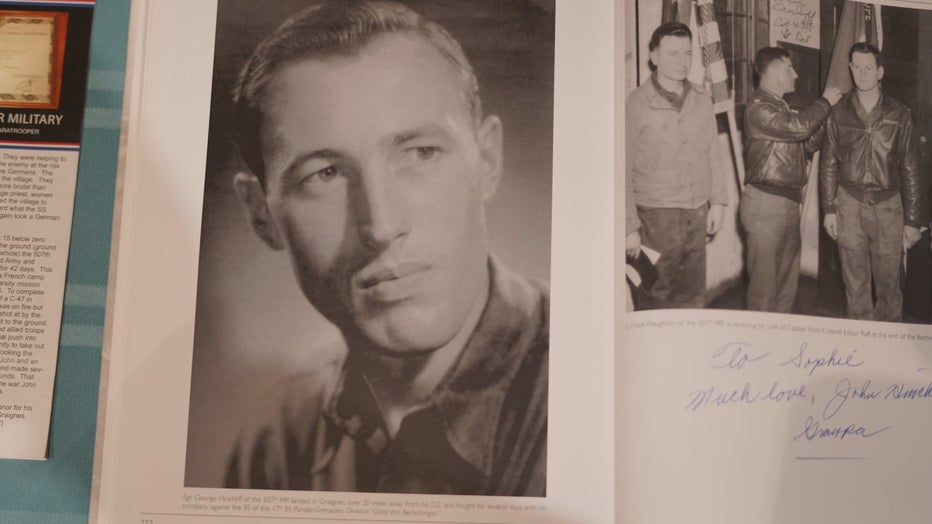 To lose such a man, the last one of his regiment from D-Day, veterans organizations made sure he had the proper sendoff, arranging everything including a missing man flyover, all by volunteers.

Hinchliff passed away earlier this month after being diagnosed with COVID-19 -- another battle he looked like he might survive.

"Once again, he was going to have another close call and pull through, but finally it got him," explained Ostergren.

In the final farewell to this American hero, mourners took a graveside sip of brandy at his burial site in Coon Rapids, to honor one of his final requests.