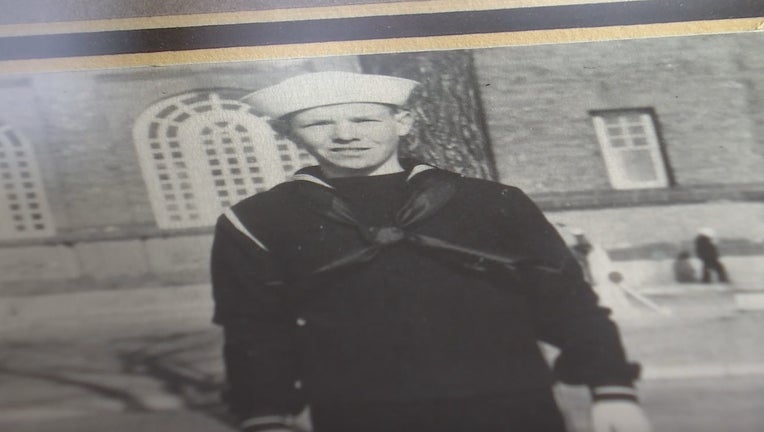 Earl Halvorson of Marshall, Minnesota was a sailor on the USS Grayback when it sunk it WWII. (FOX 9)

MARSHALL, Minn. (FOX 9) - One family in Marshall, Minnesota, has flown the MIA-POW flag every year on Memorial Day. But now, after a Veterans Day discovery, they will need to re-evaluate their tradition.

For 75 years, Elaine Johnson waited, wondered and agonized over the fate of her older brother Earl Halvorson.

A Veterans Day discovery brought peace to a Minnesota family who long considered their loved one to be MIA. Now, they're hoping to help others identify their loved ones lost on the USS Grayback during WWII.

“Well, I guess we don’t need this flag anymore. He’s not missing in action anymore,” she said. “I think I was 13 when he left and we never saw him again. So, I guess I’ve been waiting my whole life.”

Elaine reports that Earl, a mischievous and fun 17-year old, left the family home in southwestern Minnesota to serve his country in the Navy during WWII.

“He said, ‘President Roosevelt asked for volunteers for the submarine,’ and he said, ‘I thought it was my duty,’” Elaine said.

When his submarine, the USS Grayback, was reported missing in March of 1944, it devastated her mom and crushed the entire family.

“Nobody will ever know how she suffered, and I suffered with her,” Elaine said. 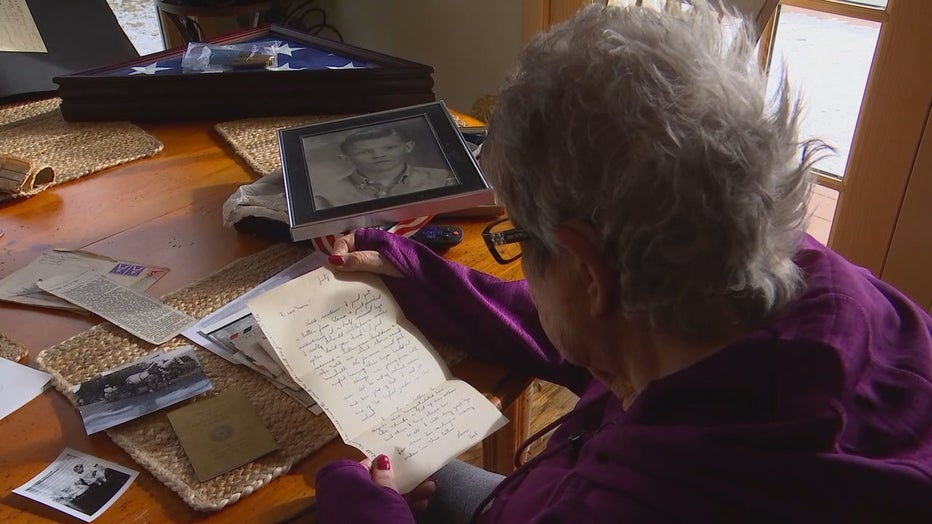 Elaine Johnson looks over old clippings about her brother Earl Halvorson who died when the USS Grayback sank during WWII. (FOX 9)

Elaine, now 90 years old, still keeps a copy of the telegram that delivered the grim news close by. There’s also photos, historic newspapers and letters her brother sent, including one he penned from Navy training in Hawaii, concerned about the weather back home.

“She told me about the storm in Marshall," he wrote in a letter. "Farmers must feel awful having the crops hailed out…things are fine with me."

Elaine said she was so relieved to learn on Veterans Day that Earl’s final resting place had finally been found off the coast of Okinawa, Japan. The Lost 52 project, which tracks missing U.S. submarines, made the discovery in about 1,400 feet of water. 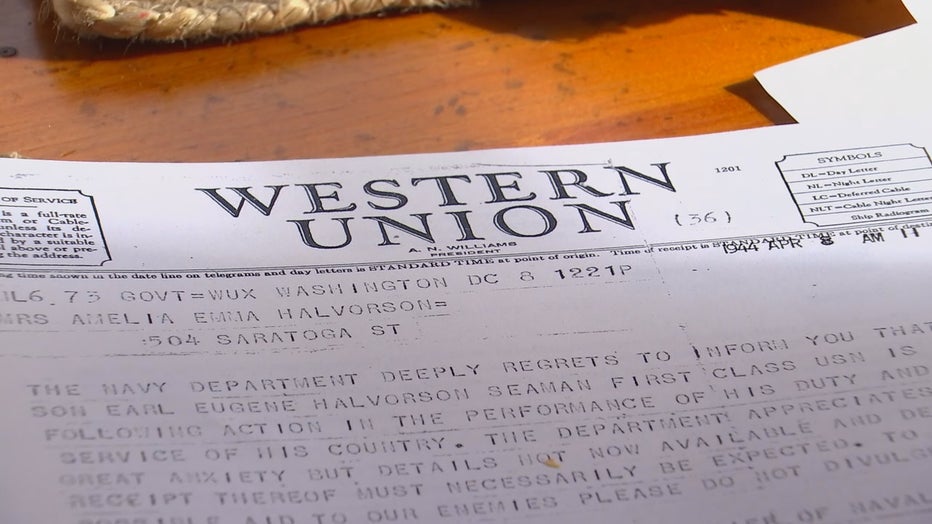 75 years ago, Earl's mother Amelia Halvorson began meticulously organizing a photo scrapbook in an effort to track the 80 missing sailors on board the USS Grayback.

“She had a tenacious personality," said family member Amy Cunningham. "She wasn’t going to give up. She wanted to know where her son was."

Amy flips through a precious piece of family history that, in many ways, is a small piece of American history.

“It gives you chills, makes you really understand the depth and importance. This could have ended up anywhere - in the garbage, at an antique store - but we found it. We saved it, and we made sure to commemorate it and we want to make sure other people can experience this with us," she said.

Amy, a metro area artist who painted a live-size portrait of Earl, is now on a mission that has gained momentum with this week's incredible news. She is committed to tracking down the faces, the names, and stories of those in her great-grandmother’s book, all those young men who presumably died together fighting for freedom.

“When you look through these, it’s almost haunting because they’re looking at you like ‘don’t forget me,’ and we didn’t,” Amy said.

USS Grayback families looking to reach out for more information about the scrapbook can click here.