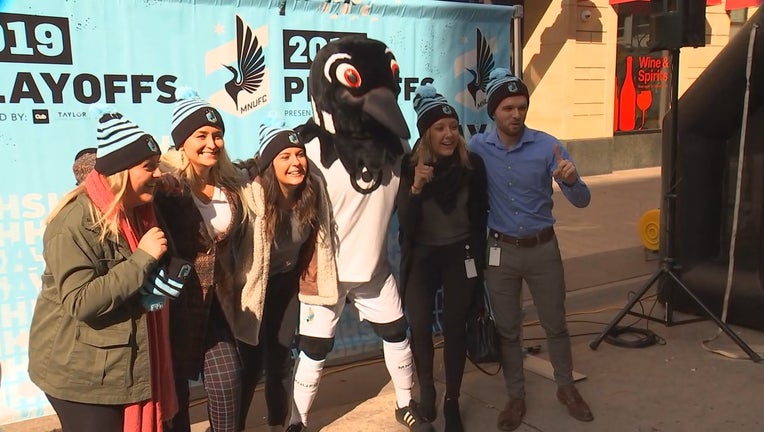 Fans pose for a photo with the Minnesota United mascot at a playoff block party on Nicollet Mall. (FOX 9)

MINNEAPOLIS (FOX 9) - For two hours on one block of Nicollet Mall, the Minnesota United looked to expand the fan base among the downtown Minneapolis lunchtime crowd as well as say thanks to those who have been long devoted.

“We have been fans since the National Sports Center, since they played up there in our little town right behind our house,” said Chris Korus, a Loons fan.

A single block party held Tuesday sent a clear message to fans: get pumped up for Sunday. That’s when the Minnesota United will be playing in their first ever playoff game in the MLS.

“Compared to the Vikings, it’s our Super Bowl,” said Korus. “It’s a huge deal and it’s our first time, and we’ve got our beautiful new stadium and it’s just amazing.”

It’s the team’s first season playing at Allianz Field, which is where the Loons will begin their playoff journey.

“They made it high enough that they actually got to secure game and not just away games in the playoffs,” said Danielle D’Alessandro, a season ticket holder.

Fans hope that home field advantage on Sunday help them secure the win just like it helped them all season.

“But Allianz Field has been a tremendous home for us,” said Callum Williams, a Minnesota United broadcaster. “There’s a reason we only lost there once throughout the regular season and a lot of that comes down to the atmosphere and the fans and I have no doubt they’ll bring it on Sunday.” 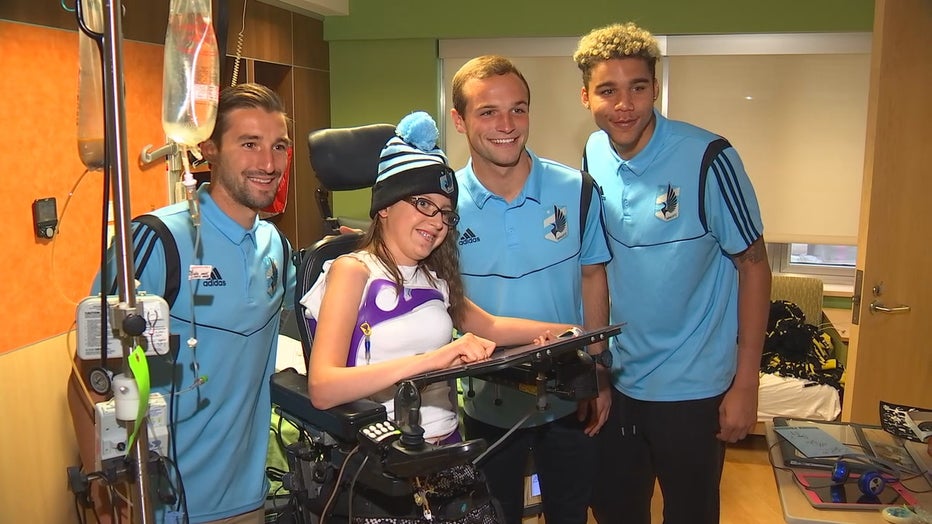 Amidst prep and practice to take on the LA Galaxy, Minnesota United players visited kids at Gillette Children’s Specialty Healthcare in St. Paul. A crowd of 19,000 will cheer them on Sunday, but with each hospital visit, they are cheering back one at a time.