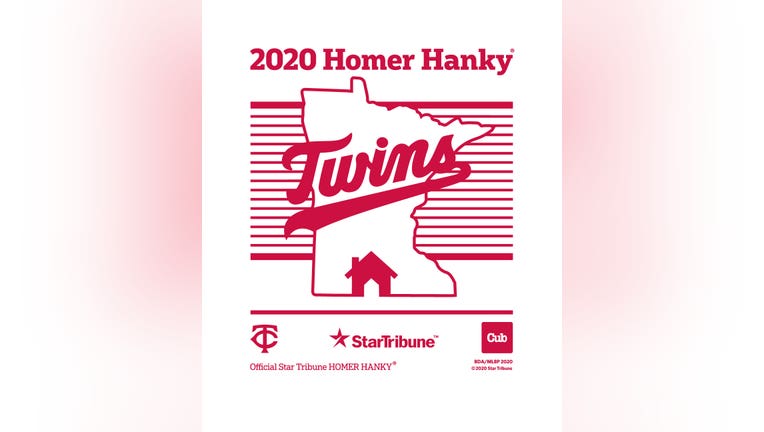 The Twins partnered with the Star Tribune and Cub to continue the annual tradition. The release comes as the team clinched home field advantage for the Wild Card Series that begins Tuesday at Target Field.

Fans can purchase the hanky at the Twins Clubhouse Store, select Cub locations throughout Minnesota, and online. A portion of the proceeds from each sale will go to benefit the Minnesota Twins Community Fund.

“Nothing can replace a full ballpark, but our organization, and the team on the field, are thrilled to know that Homer Hankies will be flying in living rooms across Twins Territory this fall," team President & CEO Dave St. Peter said in a release.

The hanky is its traditional white color, featuring a design celebrating the virtue of “home” in this unprecedented year. It is manufactured by WinCraft in Winona, Minnesota.

The Twins will open the new, Wild Card Series with Game 1 Tuesday at Target Field against one of five possible opponents: the Cleveland Indians, Chicago White Sox, Houston Astros, New York Yankees or Toronto Blue Jays. Game times and broadcast information are to be determined.