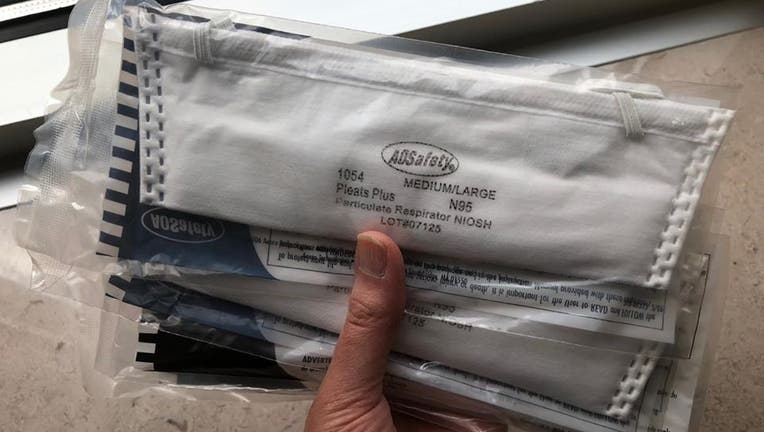 (FOX 9) - A Minnesota State Trooper took an opportunity to thank the health care workers who are at the front lines of the COVID-19 pandemic.

According to state patrol, on March 21, trooper Brian Schwartz stopped a vehicle for speeding on Interstate 35 in North Branch. The driver, a Massachusetts woman, told the trooper she worked as a cardiologist at a quarantine unit in Duluth.

Trooper Schwartz said he noticed what appeared to be two used N-95 masks in her purse that he assumed she was reusing. He also said he heard there was a shortage of personal protective equipment and thought the woman could use the extra masks.

The trooper then gave her five N-95 masks and issued her a warning for speeding.

Later that week, the driver wrote on Facebook, "Feeling thoroughly chastised, I waited for him to write me a ticket. Instead, he told me he was going to let me off with a warning. As I sputtered to apologize and say thank you, he reached in to hand me what I assumed was my license back. It wasn’t until my hand had closed around what he was giving me that its unexpected bulkiness drew my eyes to it. Five N95 masks, from the supply the state had given him for his protection."

The driver wrote that she then burst into tears.

"Like all healthcare workers and emergency responders around the world, I have felt afraid of not having adequate protective equipment, and in my darkest moments, have worried about what would happen if I fell sick far from home. This complete stranger, who owed me nothing and is more on the front lines than I am, shared his precious masks with me, without my even asking."

In response, the Minnesota State Patrol wrote, "Troopers are working hard during the pandemic and are thinking about all the first responders who are caring for Minnesotans during this critical time."

For more information on how you can help get equipment to those on the front lines, click here.