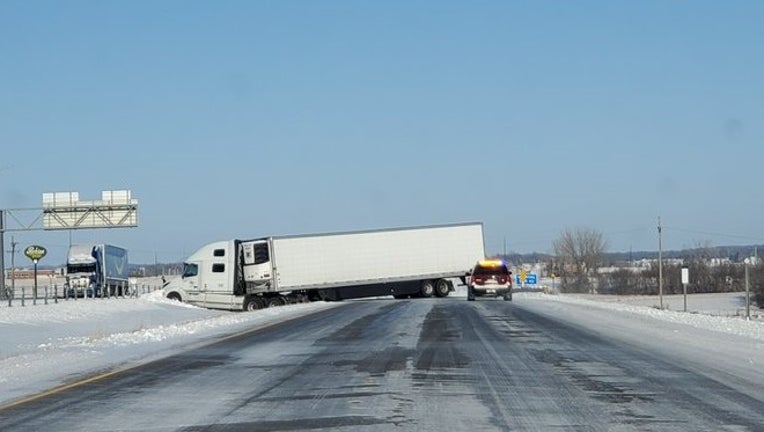 A jackknifed semi on I-35 near Owatonna. (Sgt. T. Christianson/@MSPPIO_SOUTH / Twitter)

Along with the crashes, troopers say there have been 333 vehicle spinouts and 13 jackknifed semis between 6 a.m. and 4 p.m.

After plenty of snow and wind overnight, it was a busy and slow-going morning for many in the Twin Cities.

While plows have worked throughout the day, low temperatures and blowing snow made road conditions difficult for travelers. On Wednesday, experts warned that it could be a couple of days before road conditions improved.

"I don’t foresee the roads being good by [Thursday]," said Hennepin County Road Operations Manager Andy Kraemer. "Just with the temperature drop, our salt stops working at about ten degrees and then really nothing works. We can put some sand down to help get traction but it doesn’t help melt the ice."

Officials urge anyone who has to travel on Thursday to drive with care.