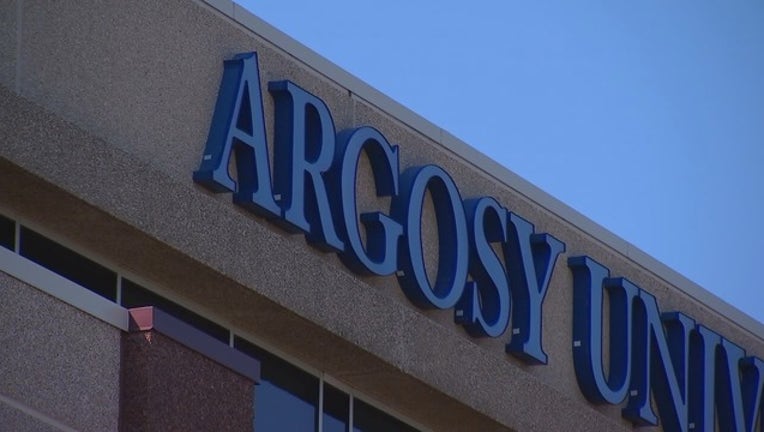 Approved Wednesday, the bill now goes back to the House and is likely headed to the desk of Democratic Gov. Tim Walz.

A House version of the bill passed on a 125-0 vote earlier this month. Under that legislation, Argosy students would no longer be held liable for any Minnesota SELF student loans for the spring 2019 semester. The Office of Higher Education would also pay the students directly for other state financial aid.

The chain of 22 career schools across the country closed after Argosy went into receivership, which is when someone steps in to take control of a company’s finances. Days before the official closure, the U.S. Department of Education said Argosy failed to pay more than $16 million in financial aid to students across the U.S., describing the actions as a “blatant disregard of the needs of its students.”

In April, a group of former Argosy students spoke before lawmakers at the State Capitol with some emotional testimonies.

“I dedicated two and a half years into the doctoral program only now to be told from other higher education institutions that zero of my credits will transfer,” said Tracey Kitching, a former student.

There had been some signs things were not going well for Argosy after it went into receivership, which is a form of bankruptcy. Then, the U.S. Department of Education learned the receiver was not paying millions in federal aid to students and pulled the school’s access to financial aid. It left students without money to pay for basic needs.

The students have not stayed quiet, however. They contacted anyone who would listen to ask for help, including legislators.

“All we want to do is finish our degrees and help people,” said Erin Jones, a former Argosy dental hygiene student.