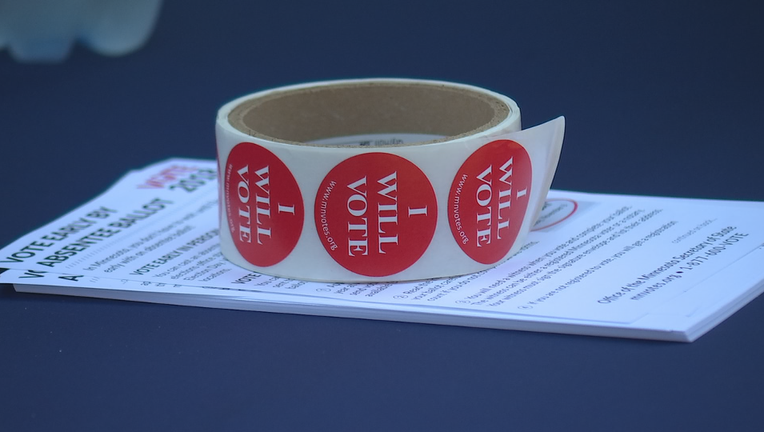 ST. PAUL, Minn. (FOX 9) - Minnesota’s two biggest political parties are feuding over whether lawmakers should impose new restrictions on what the parties can do with voter data from the state’s March 3 primary.

Democrats say Minnesotans are deciding not to vote over fears that their political affiliation will suddenly be made public for their employers or neighbors to see. But Republicans call it “fearmongering” by the DFL.

Minnesota’s two biggest political parties are feuding over whether lawmakers should impose new restrictions on what the parties can do with voter data from the state’s March 3 primary.

At issue: a state law that allows all four major political parties – the DFL Party, Republican Party, Legalize Marijuana Now Party and Grassroots-Legalize Cannabis Party – to get lists with voters’ names and which party they choose.

“This is a back end attempt to create voter registration in this state, which I do not support,” DFL Chairman Ken Martin told reporters at a news conference.

This week, Martin sent a letter to the heads of the three other parties, asking them to sign on to Secretary of State Steve Simon’s push to limit what the parties can do with the voter data. None of the other party chairs agreed, Martin said.

“They’re creating a narrative from our perspective right now to scare voters into having this deep-seated fear – it’s nothing more than fearmongering about their data,” Carnahan said in a telephone interview.

Minnesota is holding its first presidential primary since 1992 after lawmakers agreed to switch over from a caucus system. Early voting started last week.

The secretary of state has said Minnesota should only give voter data to the national parties, which require the information to ensure no outside interference in their primaries. Voters should be able to opt-out of appearing on the lists, Simon has said.

Minnesota can’t send delegates to the national convention if it’s not in compliance, he said.

“We do not need this data. We do not want this data. The only reason I have to have it is so I’m in compliance with my national party rules,” Martin said.

Parties have long built their own databases. But since Minnesota doesn’t have party registration, the lists have been limited to voters who’ve attended caucuses or other party activities.

In that way, the taxpayer-funded voter files produced in the March 3 primary will be far more valuable.

Martin has said the DFL could benefit from having the Republican voter list because it would know which voters not to target in the 2020 general election. Carnahan said her party would use the lists to engage voters, build its own party databases, and recruit volunteers.

The lists won’t show the specific candidate that a voter chooses. But in the GOP’s case, there’s only one candidate on the ballot: President Donald Trump.