'It will happen this year:' DFL to move ahead with paid leave, new tax

This week, Minnesota Democrats who control the state Legislature will start advancing their proposal that guarantees all workers with paid time off if they or a loved one need medical care.

ST. PAUL, Minn. (FOX 9) - This week, Minnesota Democrats who control the state Legislature will start advancing their proposal that guarantees all workers with paid time off if they or a loved one need medical care.

The bill, scheduled for its first committee hearing Wednesday, would give workers up to 12 weeks of paid medical leave and 12 more weeks of paid family leave funded by the state budget surplus and a new tax. State economic development officials estimate that one in four Minnesota workers have similar benefits now.

"We have the ability to fix that, and we will," House Speaker Melissa Hortman, DFL-Brooklyn Park, told reporters earlier this month. "It will happen this year."

Gov. Tim Walz intends to put paid leave in his budget plan due Jan. 24. He and lawmakers have called for spending $1.7 billion from the record-shattering $17.6 billion budget surplus to seed the program, allowing the benefits to start in 2025 or 2026.

After that, a 0.7% payroll tax would sustain the system. Last week, Democrats revealed that they were increasing the new tax, which they initially set at 0.6%.

The tax would likely be split between employers and employers. For a worker making $50,000 a year, the tax would be $175 for that worker and his or her employer.

"The way to think about it is, phase one is to build the ship. Phase two is drive the ship with these payroll taxes to fuel it," said Steve Grove, the state's economic development commissioner. A spokeswoman for the state Employment and Economic Development Department didn't immediately have figures of how much revenue the increased tax would raise. 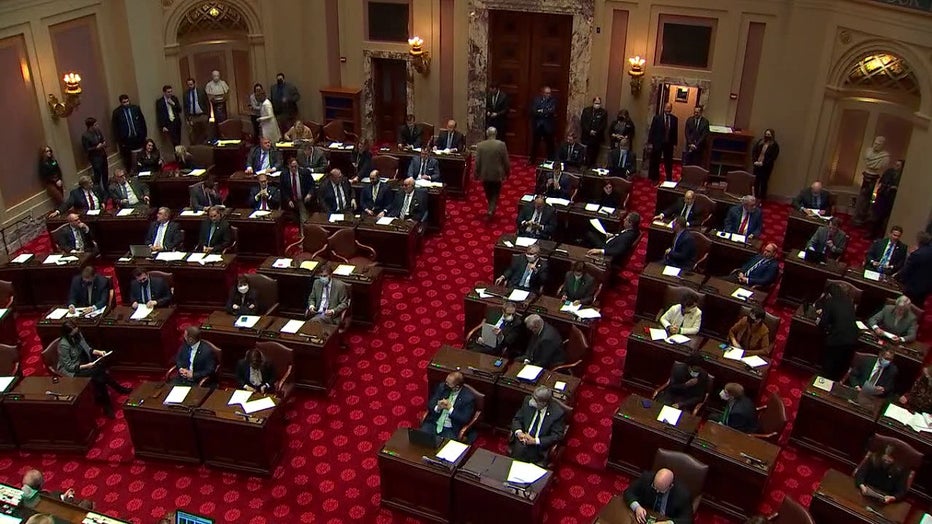 Minnesota would join 11 other states that already offer government-run paid family and medical leave benefits. It would run similarly to the state's unemployment insurance system, which requires 400 administrators to operate, Grove said.

Republicans and business groups, including the Minnesota Chamber of Commerce and the National Federation of Independent Business, oppose the paid leave proposal. They've raised concerns about higher taxes, pointing to the DFL's decision to increase the proposed tax from 0.6% to 0.7% last week.

The business groups also said that 24 weeks a year of combined benefits was too rich and would deepen Minnesota's worker shortage. The state has one of the lowest unemployment rates in the country.

Businesses could opt out of the state-run program for a small accounting fee, though they would need to offer their own benefits that are at least on par with the state's program.

Supporters of paid leave make two counterarguments. First, they say the payroll tax hasn't led to economic ruin in states that already operate programs. And two, they say small business owners need a state-run benefit to compete with larger firms that offer paid leave on their own.

To that end, paid leave news conferences at the Capitol often feature small business owners or independent contractors. At a recent event, Alyshia Jackson, who owns a St. Paul cleaning business, said she missed a month of work after having her gallbladder removed last year.

"I went from working every day, all day to doing completely nothing. But my bills didn't stop," Jackson told reporters. "Do I shut my doors and take care of my health? Or do I continue to show up and sabotage my recovery?"

Under the proposal, workers could get access to the benefits after one week of missed work. They wouldn't be paid a full replacement wage. Instead, a worker would get 90% of regular wages that don't exceed 50% of the state's average, which is currently $66,000 a year. Higher-earning workers would see smaller percentages above that amount.

For years, Walz has argued that small businesses would benefit from the program by making themselves more attractive to potential workers. Republicans who controlled the state Senate during Walz's first term blocked his paid leave proposal, but the governor has a DFL House and Senate now.

"I just want to be very clear. There's absolutely no data to support that not having (paid leave) improves the economy," Walz said recently. "In fact, it's just the opposite."