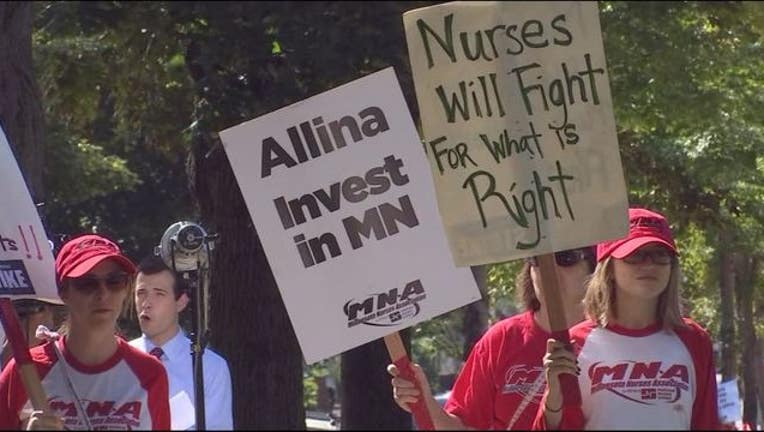 (KMSP) - Members of the Minnesota Nurses Association are paying off the medical debts of 1,800 patients worth more than $2.6 million as a way of paying back the community for supporting them during their strike last summer.

Last June, thousands of nurses at hospitals and clinics across the metro went on a weeklong strike against Allina Health after the two parties were unable to agree to a new contract. After the first strike did not yield the results they wanted, the nurses went on a second strike that started on Labor Day and lasted until October.

The Minnesota Nurses Association says its members have acquired the past due accounts of the patients and are planning to pay off and forgive them of their medical debt.

The nurses made the official announcement at a press conference on Monday morning.