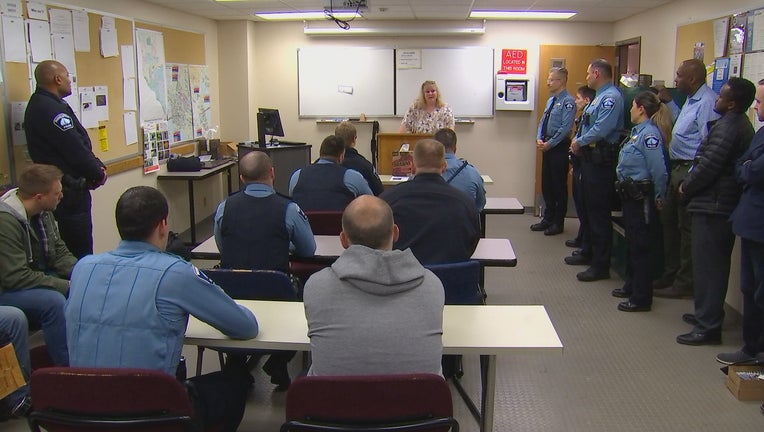 A Minnesota mother is striving to save the lives of law enforcement officers after losing her firefighter son to suicide.

MINNEAPOLIS (FOX 9) - A Coon Rapids, Minnesota mom is on a mission to help save the lives of first responders across the state.

Her calling is personal after she lost her son--who was a Maple Grove firefighter--to suicide.

A mother, whose son died by suicide, is working to make sure other first responders get the help they need.

Carol Castle stopped by Minneapolis Police's 2nd Precinct Tuesday as she works to make sure every police officer, firefighter, and paramedic has a "life coin" in their pocket. There's a phone number on the back of the coin connecting them to a suicide prevention hotline, and their call is 100% anonymous.

Castle said if she can save just one life, all of her outreach is worth it.

As Minneapolis police officers headed into their afternoon roll call, an unexpected guest was waiting to talk with them.

“I’m doing this for you guys,” Castle said. “I already lost my son, and I’m just doing this because I don’t want another mother to go through this again.”

Castle hopes the more first responders she reaches, the more lives she can potentially save.

Her son, Maury Roemhild, died from suicide a few years ago. He was a Maple Grove firefighter who was on his way to a successful career, but the pressures of the job and other stresses were secretly taking over his life.

The statistics are daunting and on the rise for men and women in these professions. For the fourth consecutive year, more police officers are dying by suicide than all other line-of-duty deaths combined. 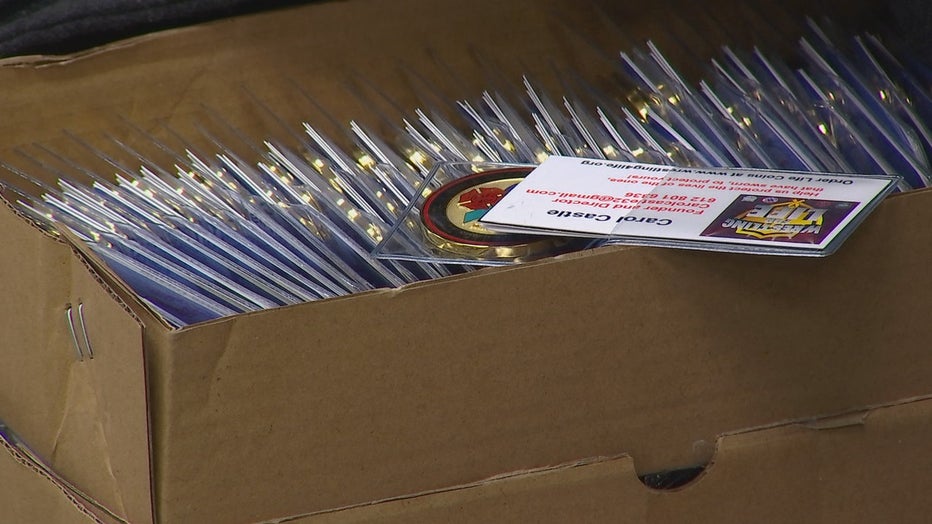 A Minnesota mom aims to raise awareness of law enforcement suicide as well as the resources available to officers. She made special coins for officers, which contain the suicide hotline number.

The life coins that Castle hands out serve as a special resource, as the suicide prevention hotline specifically handles trauma and other issues affecting police and firefighters.

“As police officers, we’re not Superman by any means; we’re human like everybody else, and we have emotions and feelings and things that we deal with,” said Inspector Todd Loining with Minneapolis Police.

Many departments are trying to shed the stigma of not reaching out for help and incorporating health and wellness programs that allow police and firefighters to juggle the stresses of the job and their personal lives.

For more information about the Life Coins, click here.