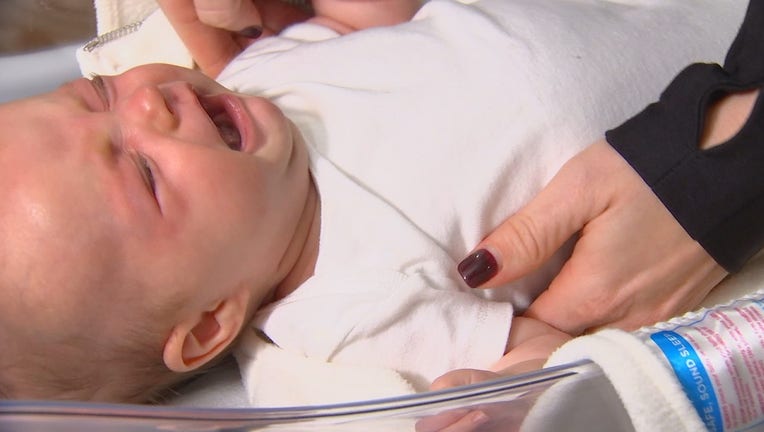 An infant is prepared for bed during a demonstration.

(FOX 9) - Brand new data from the Department of Health shows the vast majority of infant deaths are from unsafe sleeping.

Of the 90 unexpected infant deaths in 2016 and 2017, 82 percent were sleep-related and happened in unsafe environments, meaning they are preventable.

Brand new data from the Department of Health shows the vast majority of infant deaths are from unsafe sleeping.

Doctors are now trying to break old habits when it comes to sleeping by introducing new recommendations called the ABC’s of Safe Sleep. 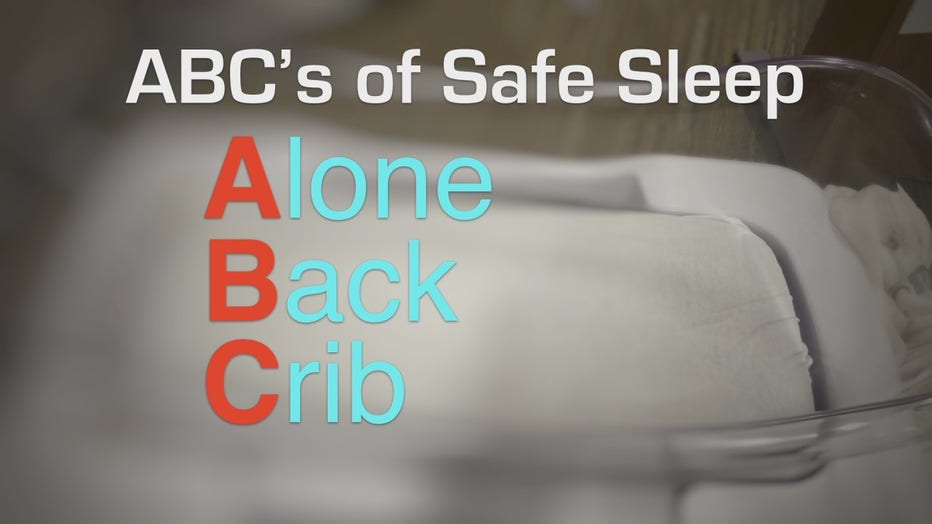 The ABC's of infant sleep, according to the Minnesota Department of Health. (FOX 9)

The recommendations have babies sleep alone, on their backs and in a crib.

“And what that means is there is nothing in here,” said Jennette Flynn, an HCMC Critical Care Supervisor. “There is just a mattress with a fitted sheet on it. There is no loose bedding. There are no toys. There are no pillows and no blankets. There are no diapers or plastic bags anywhere near that would blow around.”

Health Care leaders admit it’s a mixed message from what many parents, even grandparents, learned in the past.

“This can be very confusing. I know myself, I bought bumpers, I bought fuzzy blankets, lots of stuffed animals,” said Dr. Courtney Jordan Baechler, of the Department of Health. “These are not helpful and again can lead to these unexpected losses.”

That’s why the teaching now is more direct.

“Just keep trying to keep practicing,” said Carly Comptom. “They’ll be really tired, but don’t fall asleep holding the baby or in the bed with you.”

Sleeping alone is also crucial. Hennepin County’s Assistant Medical Examiner says his review of 23 infant deaths from last year shows that nine of them involved an adult sleeping with an infant either in an adult bed or on a couch.