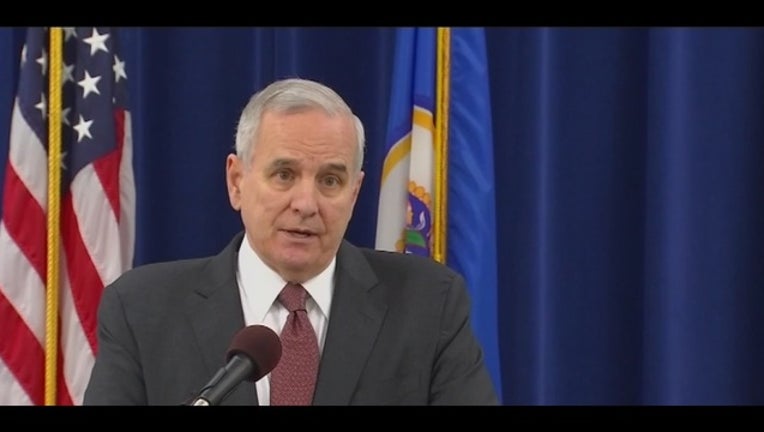 ST. PAUL, Minn. (KMSP) - Minnesota Governor Mark Dayton is responding to recent executive orders signed by President Donald Trump, calling some of them “unconstitutional” and others “antithetical to our American values.” The president’s most controversial order has been the ban on immigration from 7 Muslim majority countries in the Middle East and Africa.

“My Administration is closely monitoring the ill-conceived Executive Orders that have recently been issued by the White House. Some of them are unconstitutional. Others are antithetical to our American values. All of them have ramifications for our state and our people. As these and future Executive Orders are issued, I have instructed my Cabinet to determine what impacts they will have in the lives of Minnesotans.

She also criticized the Trump Administration for defying the court order enjoining the action that was issued by federal district court Judge Anne Donnelly.

"The basic foundation of American jurisprudence is that nobody, including the government, is above the law. We don't discriminate in this country on the basis of religious liberty.”

Swanson said her office will assist any legal action taken on behalf of a detainee located in Minnesota.

“Americans, and Minnesotans especially, are decent, fair, and open-minded people. The executive orders issued in recent days defy our core beliefs as Americans, and go against the founding principles of our nation. This is not who we are.

“I stand in solidarity with all those who are demanding the respect, freedom and dignity of our friends and neighbors in Minnesota. And I stand in fervent opposition to all those who seek to divide us by attacking refugees and immigrants in our state, and around the country.

“We will face many challenges in the days ahead, as a state, as a nation, and as Minnesotans. But as Americans, we will keep working to enhance understanding, expand opportunity, and protect the rights of every person in this country. In doing so, we make Minnesota and the nation even stronger.”