If it's Christmas Eve, you'll find Mac Johnston and his family delivering surprise gifts to people who need them most.

RUSH CITY, Minn. (FOX 9) - If it's Christmas Eve, you'll find Mac Johnston and his family delivering surprise gifts to people who need them most.

For the sixth straight year, the Johnstons asked for community nominations and donations before choosing two families to visit Friday. Friends of the families go ahead, making sure everyone is home, before the Johnstons arrive with the surprises.

"My goal obviously with this is to do it until I financially can't do it, or I'm dead," Johnston said, as he waited to meet up with the people who had nominated the first family of the day.

That first family was Andrew Johnson and his three kids. The family, which lives in Chisago Lake Township, lost its wife and mom Diana in September after a four-year battle with sarcoma, a cancer that develops in connective tissue.

The kids, all under the age of 10, received a dirt bike and two four-wheelers from the Johnstons' powersports shop, East Central Sports in North Branch. It came as a surprise to dad Andrew. 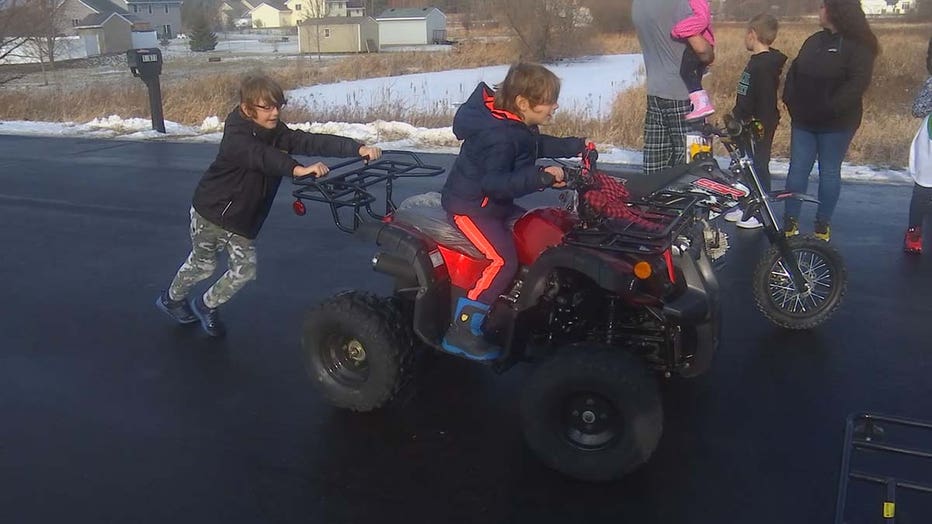 The Johnson family in Rush City got a special surprise this Christmas. (FOX 9)

"A lot of times when I cry, that's why -- because I know there's so many people out there that want to help and want to do so much for us," he said. "It's overwhelming all the love that we have. We need it."

"I wanted to bring them Christmas cheer. This was Diana's favorite holiday," Coleman said. "It's been hard for them. This is their first Christmas without her."

Forty-five minutes later, the Johnstons were in front of a home in Rush City with a second surprise.

This time it was $5,000 donated from Bilder Appliance Repair in White Bear Lake. Mac Johnston had a local printer design a big check -- the type you get for winning a car race -- to give to the family.

"We're into dirt track racing, so if you win a race, you get a big check," Johnston explained. "So that's what we did for these guys, we're giving them a big dirt track check." 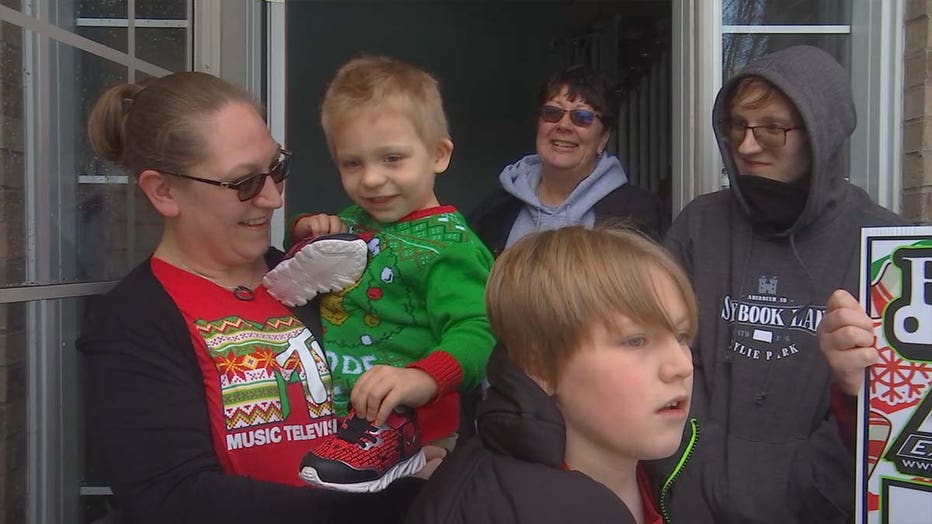 The Sundin family got a surprise $5,000 check from Bilder Appliance Repair.

Annie Sundin lost her husband, Jason, unexpectedly in October. The special education teacher is now parenting five kids by herself.

"I don't have any words," Annie Sundin said. "This community is awesome."

Three of the people who nominated the family watched as the Johnstons gave Annie Sundin the check.

"I just knew it was the right thing to do, so I had to do it," said Cathy Monster, Sundin's co-worker.