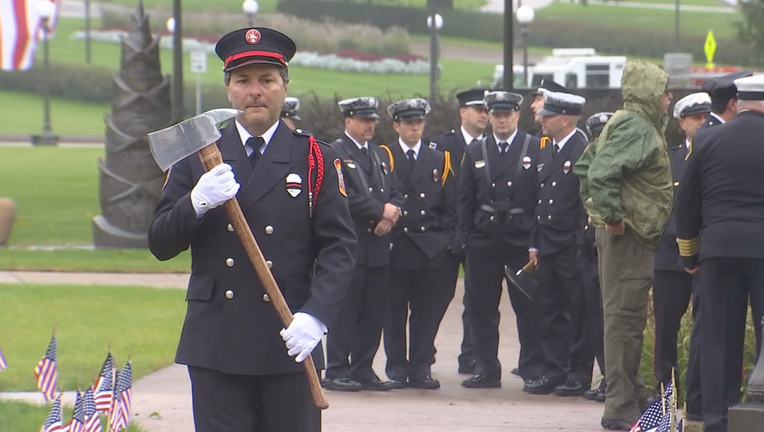 ST. PAUL, Minn. (FOX 9) - Each bell tone at a ceremony honoring firefighters killed in the line of duty represented one of Minnesota’s 227 firefighters who have died since 1881.

Those firefighters were lost to falling walls in burning buildings and heart attacks battling fires, but there are many other risks out there. So, some are working to mitigate those risks and prevent future deaths.

Each bell tone at a ceremony honoring firefighters killed in the line of duty represented one of Minnesota’s 227 firefighters who have died since 1881.

"There were periods where there were 6, 8, 10 a year being killed a long, long time ago,” said Jay Wood, the retired Plato, Minn. Fire Chief and the President of the Minnesota Fire Service Foundation, which honors those killed and helps firefighters across the state and their families. 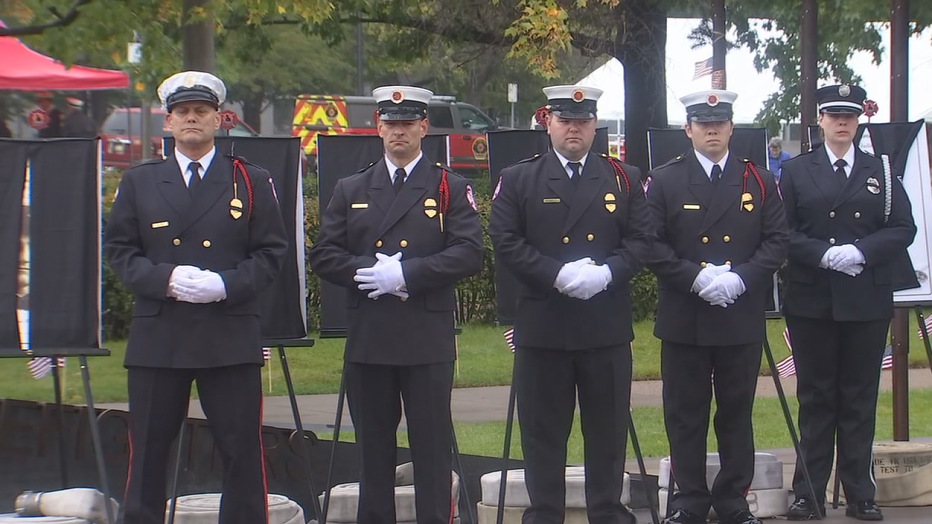 The annual memorial brought attention to the over 200 firefighters killed in Minnesota since 1881. (FOX 9 Minneapolis-St. Paul)

Today, Wood says those numbers are about one or two fatalities a year.

“What’s happening nowadays is firefighters are dying of cardiac events after the fact because of cancer being on the job and of emotional trauma,” he said.

Wood says firefighting is evolving to help prevent on-duty tragedies both on and away from an emergency scene. This includes providing emotional support resources and encouraging open communication if a firefighter isn’t feeling 100 percent.

“They’re putting a lot of strain in training or a call,” Wood said. “They don’t tell anyone then, by God, they’re having a cardiac event.”

Changes in safety, including making sure crews keep their protective gear clean after calls, are being implemented to reduce cancer-causing carcinogens.

There are steps in place to have fewer names read at future ceremonies, like the one held in St. Paul Sunday.