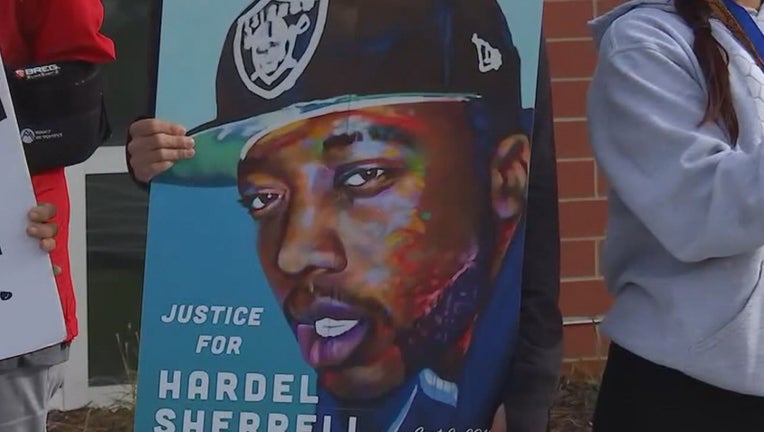 (FOX 9) - A state board has indefinitely suspended the medical license of a Minnesota doctor in connection to a Beltrami County Jail inmate’s death in 2018. And now, FOX 9 has confirmed a federal grand jury probe is underway and has begun subpoenaing witnesses, an indication criminal charges may be on the horizon.

Hardel Sherrell’s mother, Del Shea Perry has fought for justice for more than three years now, since the torturous death of her 27-year-old son inside the Beltrami County Jail.

A state board has indefinitely suspended the medical license of a Minnesota doctor in connection to a Beltrami County Jail inmate’s death in 2018.

Sherrell’s deteriorating health over several days in September of 2018, apparently from a rare medical condition in which the body’s immune system attacks the nerves causing paralysis and a complete loss of body control was captured on jailhouse video cameras.

According to recent findings from an Administrative Law Judge and confirmed by the Minnesota Board of Medical Practice, correctional and medical staff inexcusably concluded Sherrell was faking his symptoms.

"No evidence could convince them otherwise," the report’s conclusion reads. "Even in his final hours, as he sat in a wheelchair, in filthy scrubs, with urine streaming down his legs, his caregivers would not believe him. As he laid unconscious, half-naked on the floor of his jail cell, white foam coming from his mouth, they still did not believe him. It took his death to convince medical professionals and jail staff that the Patient was not ‘malingering.’

This week, the board indefinitely suspended the medical license of Dr. Todd Leonard, who was the attending physician for Sherrell. Leonard’s company, MEnD Correctional Care was the contracted health services provider inside the Bemidji jail facility at the time.

"The fact that he had taken an oath to save lives and chose to do absolutely nothing to save my son's life is just, it just makes me sick to my stomach," Perry told FOX 9’s Paul Blume.

In addition to the license suspension that kicks in on March 1 that bars Leonard from practicing medicine and surgery indefinitely in Minnesota, the board also fined Leonard $30,000.

The scathing order concluded, "A tragedy like this should never have occurred. And it must never be allowed to happen again."

"I don't think he's a doctor at all. I'll never call him Doctor Todd Leonard. It is Todd Leonard, because he is a businessman, he's about the money. He certainly isn't about the care and well-being of people in whatever situation they're in," Perry said.

For his part, Leonard provided the following statement to FOX 9:

"I am profoundly saddened and disappointed by the Minnesota Board’s decision. This death was a tragedy, but to my core I believe our care was appropriate, especially given the incredibly rare nature of this patient’s condition. This incident has been investigated extensively by the Board, through the legal process and other means; each of those investigations documented the steps we took to properly evaluate the patient’s condition, to recommend a course of treatment, and to follow up as appropriate. For reasons I still struggle to understand, these facts were not persuasive to the Board.

It's important to make it clear that today’s decision is a judgment for me personally and not against MEnD, its 250 employees or the important work they do. Over the last decade, our team has served many thousands of individuals with quality medical care. I am proud of our track record in living up to the standards of our profession and of the quality healthcare that we have delivered over this time. We have received multiple national accreditations based on the high standard of work that the MEnD team delivers each day, and they will continue this important work with that spirit in mind."

Meanwhile, Hardel’s mother has an ongoing federal lawsuit related to her son’s death and has demanded criminal charges against those involved in his jailhouse care. And with the empaneling of a grand jury in the case, it appears the federal probe has reached a new stage with the potential of indictments and charges to soon follow.