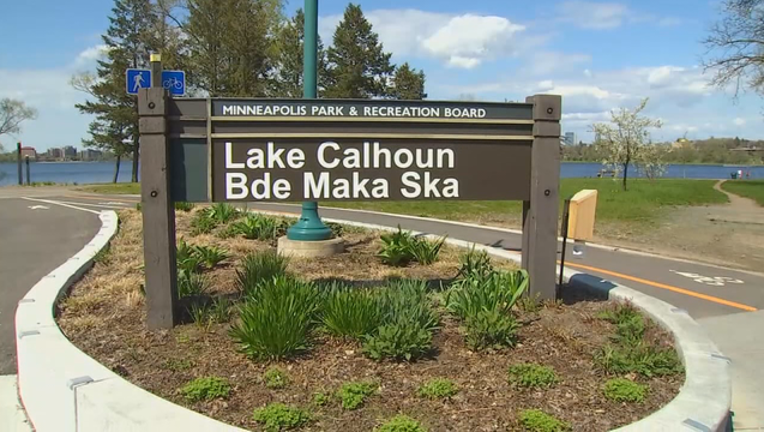 MINNEAPOLIS (FOX 9) - The Minnesota Department of Natural Resources announced Wednesday it will appeal the Minnesota Court of Appeals' recent decision that it did not have the authority to change the name of Lake Calhoun back to its Dakota name, Bde Maka Ska.

On Monday, the court ruled in favor of the group, Save Lake Calhoun, reversing the DNR’s January 2018 approval of Hennepin County’s request to rename Lake Calhoun as Bde Maka Ska.

According to a release, the DNR based its approval on "the longstanding understanding of its authority under relevant state statute, the fact that Bde Maka Ska meets all state naming criteria, and the fact that Hennepin County met all public process and other procedural requirements in asking DNR to approve the name change request."

“DNR is very concerned with the implications of the Appeals Court’s ruling for our ability to work with county boards to reflect community standards in how the state’s waters are named. We have long worked with counties in eliminating offensive or derogatory names," DNR Commissioner Sarah Strommen said in a release. “We are also concerned with another aspect of the Appeals Court’s decision. Specifically, it opens the door for people to challenge a range of final agency decisions well after established appeals periods. This presents the potential for considerable disruption in the normal order of government decision making.”

The DNR will submit its petition for review to the Minnesota Supreme Court by May 29.

The lake is named after John Calhoun, a former vice president and war secretary who imposed the policy of Native American removal from their lands.