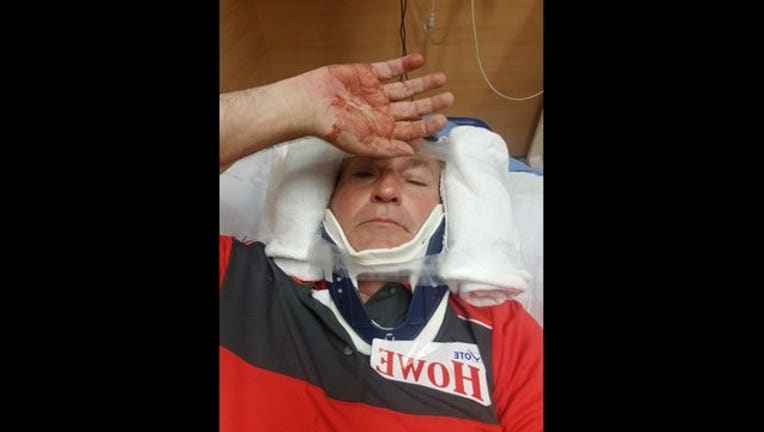 CARVER COUNTY, Minn. (KMSP) - Authorities with the Carver County sheriff's office report that two people were injured during the Steamboat Days Parade Sunday when they fell off a parade float.

John Howe, a candidate for Minnesota Secretary of State, reported on Twitter that he suffered road rash and had to get 14 staples to the back of his head after the fall.

The Carver County sheriff's office said they are investigating the accident and will release more information on Monday.