(FOX 9) - Both nationally and in Minnesota more and more adults are quitting smoking, according to the latest data.

However, adult e-cigarette use — also known as vaping — remains nearly unchanged, with 4.9% of Minnesotan adults reporting current use in 2020, similar to 5% in 2018. 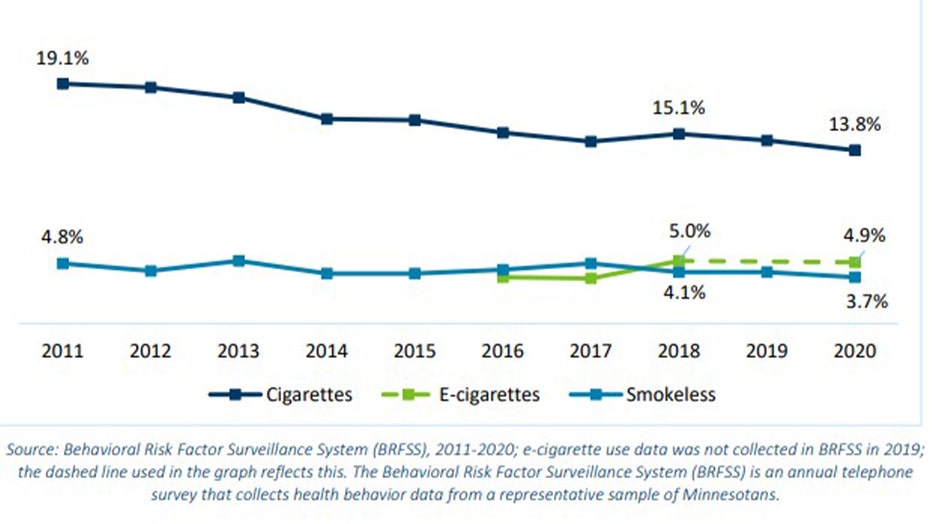 Both nationally and in Minnesota, more and more adults are quitting smoking, but the popularity of vaping remains nearly unchanged.

Targeted advertising and marketing toward these communities by the tobacco industry, "is a likely contributor to why these individuals are more likely to start smoking and less likely to quit successfully," according to multiple studies cited in the data.

Many people who use tobacco want to quit, and free help is available to all Minnesotans.