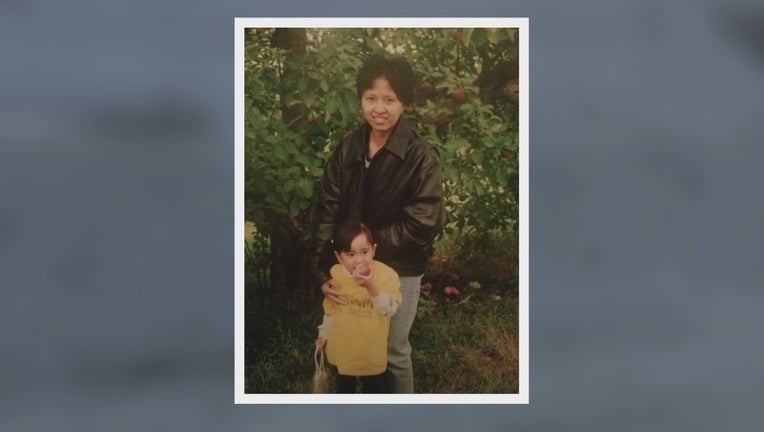 Instances of domestic violence are on the rise during the pandemic, experts say. Sonitha Tep's mother Kim Theng is among those victims. (Supplied)

MINNEAPOLIS (FOX 9) - The pandemic has affected just about every aspect of our lives and it is also having an impact on domestic violence in Minnesota.

Advocates for survivors of domestic violence say calls to crisis hotlines are up, so is the severity of the abuse.

The pandemic has affected just about every aspect of our lives and it is also having an impact on domestic violence in Minnesota.

Among those victims is Sonitha Tep's mother Kim Theng. Sonitha says her mother loved dancing, singing, and cooking, and was passionate about her job as a security guard for more than two decades. Now, she's devastated that the woman who raised her is gone.

"Traumatic, it shook me to my core.," said Sonitha.

Back in November, police found Teng severely beaten at her home in north Minneapolis. She died of her injuries a short time later.

At first, her live-in boyfriend Almonzo Cotton told investigators he found her lying on the floor after a burglary but later changed his story a couple of times.

Now, the Hennepin County Attorney has charged him with second-degree murder in her death.

Theng was one of the 28 people who were remembered during a memorial for victims of domestic violence held by Violence-Free Minnesota at the state capitol earlier this week.

The group says, since the pandemic started, calls to the statewide hotline for survivors of domestic abuse are up because people experiencing violence in their homes are more isolated and cut off from their support systems.

"Letting people know they are not alone in this is the most important thing," she added.

Tep started a GoFundMe campaign to cover lawyers’ fees and future funeral expenses, where she also shared her mother's story. In the hopes that other victims of domestic violence find the strength to break their silence about what is happening to them before it's too late.