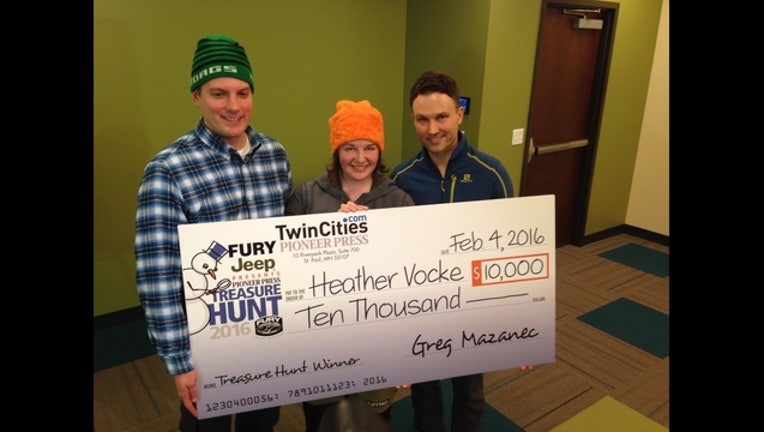 The medallion was found near the boat ramp at Bald Eagle Lake, north of White Bear Lake. Joined by dozens of other medallion hunters, Vocke, Kitzer and Jozwiak stood at the boat ramp, refreshing the Pioneer Press website on their phones until the latest clue appeared.

While other hunters scrambled in different directions, the three friends locked in on a large uprooted tree.

“We saw the tree and it felt right,” Jozwiak said. “We started digging.”

Competing against at least a dozen other hunters, the group focused on the roots of the tree, eventually snagging a plastic bag. The bag contained some tobacco leaves and a wet nap, which held the medallion.