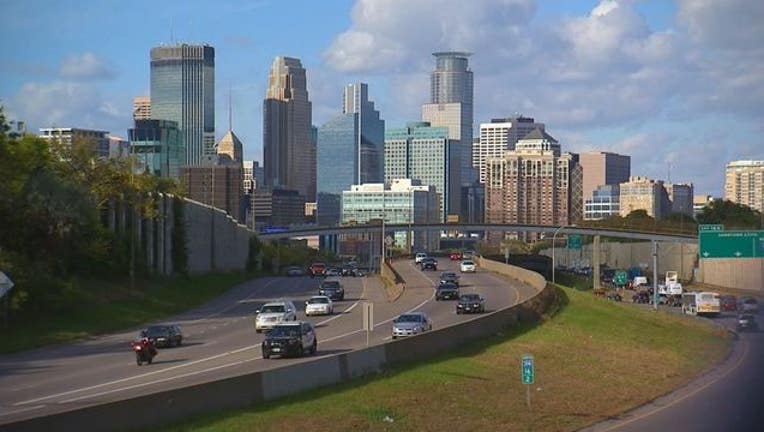 MINNEAPOLIS (KMSP) - The city of Minneapolis Sanctuary City Task Force will report to the city council Thursday on their goals to protect and defend undocumented immigrant families from deportation.

The report comes as the Trump administration has issued a fresh threat to withhold any grant money from cities that refuse to cooperate with federal authorities to find and deport immigrants living in the country illegally.

"The sum total would be an unfair action that would cause a rift between the NYPD and the communities it serves, while simultaneously taking resources away from the NYPD that it uses to keep us safe," New York Mayor Bill de Blasio said.

If you’re looking for a consistent definition of sanctuary city, there’s none to be found. The term generally refers to cities that don't fully cooperate with requests to hold potential deportees for immigration officials. The City of Minneapolis describes their version of a sanctuary city as a jurisdiction that will not “do the work of the federal government by asking about immigration status or assisting with an arrest of a person for violations of federal immigration laws.”

Sheriff Rich Stanek has said that Hennepin County is not a “sanctuary county,” which means anyone booked into the Hennepin County Jail will not fall under the City of Minneapolis’ so-called sanctuary city ordinance.

“Minneapolis can pass all the policies they wish,” said Stanek. “Hennepin County is not a sanctuary county.”

Last week, Sheriff Stanek demanded an apology from the Trump administration for what he says is an inaccurate report from the Department of Homeland Security. The U.S. Immigration and Customers Enforcement agency released its first Declined Detainer Outcome Report highlighting the jurisdictions they claim did not cooperate with ICE detainers or requests for notification. The report listed two occasions where the Hennepin County Jail reportedly released two individuals before ICE agents could pick them up. Both cases involved individuals from Mexico, one who had been convicted of drug possession and the other who had been charged with possession of a weapon.

The Hennepin County sheriff’s office responded to the report on Tuesday, saying the memo was “incorrect in many ways.”

Sheriff Stanek said the sheriff’s office did cooperate with the DHS’s request and notified ICE when the inmates were going to be released. He says both inmates were transferred into ICE custody when they were released from the jail.

“Local law enforcement does not enforce federal immigration law," said Stanek. "We have no legal authorization to do so. If ICE wishes a person remain in custody beyond the time he or she is scheduled for release, they must get a court order or they must pick that person at the time of his or her release from the jail.”

ICE released a statement in response to the county regarding the discrepancies in the report.

“The jurisdictions reflected in ICE's Declined Detainer Outcome Report are jurisdictions that have in the past publicly expressed unwillingness to fully comply with ICE's detainer requests or have not provided ICE with sufficient time to allow for the safe transfer of a detainee,” the statement said.

Arguments over whether or not ICE has the authority to force local law enforcement to hold inmates for federal authorities has been going on for years.

Since 2014, Sheriff Stanek has made it clear he would not be complying with requests from ICE to keep inmates on an ICE hold.

He had Hennepin County Attorney Mike Freeman's guidance and backing on that decision and several law enforcement agencies across the country have the same stance.